Theresa May has ramped up the use of deprivation of citizenship powers.
(Photo: Home Office via Flickr Creative Commons)

The Home Secretary has stripped at least two additional individuals of their British citizenship in recent months, the Bureau has learned.

In February, an investigation by the Bureau and published with the Independent revealed that Theresa May had signed deprivation of citizenship orders for 16 people between the 2010 election and November 2012, including five British-born individuals. That total has now risen to 18 cases. Under the Labour government, five people lost their UK nationality.

The Home Secretary cannot remove citizenship if it will make an individual stateless, so the orders can only be made against dual-nationality individuals.

The Freedom of Information release listed the other nationality of the individuals who have had their UK passports revoked. This revealed that two new nations, Iran and Yemen, joined the list of alternate nationalities; the Bureau has established that Yemeni and Iranian dual-nationals lost their UK citizenship between June 2012 and March 2013.

However almost nothing else is known about the most recent deprivation cases. Of the six that took place in 2012, nothing at all is known about three; a further individual is known only as F2. The sole case in 2013 is similarly a mystery.

Related story – ‘Medieval Exile’: The 21 Britons stripped of their citizenship

In cases where citizenship is being removed on terrorism grounds, the only route of appeal is through the Special Immigration Appeals Commission (Siac), a court that can hear evidence in secret. Cases often go through many rounds of appeals and can last years.

Siac judgments are one of the primary sources of information about deprivation of citizenship cases. When cases do not go before Siac they receive no judicial scrutiny and often remain hidden from public scrutiny too – as is the case in the most recent orders.

‘Manipulating the system’
Separately, the Court of Appeal has agreed to hear the case of a man who lost his British citizenship when he left the country to go on holiday in 2010. Judges voiced concerns that the order had been an ‘abuse of power’ on the part of the Home Secretary, court transcripts show.

A Sudanese-born man known only as L1 left the UK in July 2010 with his four children, all British citizens, and his wife, to spend the summer holiday in Sudan. Four days later, the UK Border Agency (UKBA) sent a letter to his London home notifying him that the Home Secretary intended to strip him of his citizenship on ‘terrorism’ grounds. He had 28 days to appeal.

L1 claimed he did not learn of the letter until the 28-day window had expired, although UKBA officials insisted they had alerted his brother to the letter and L1 would have learned of it in time. Siac refused to allow him to lodge a belated appeal, although Mr Justice Mitting noted: ‘The natural inference, which we draw, from the events described, is that she [Theresa May] waited until he had left the United Kingdom before setting the process in train.’

Three Court of Appeal judges have now said at a pre-appeal hearing that this appeared to be ‘a deliberate exercise… Once they are out of the country, you then make jolly sure they cannot get back in.’

One judge added: ‘It seems to me, if the Secretary of State is manipulating the system so as to obstruct access to a right [of appeal in the UK] that Parliament has given, whether it is fair or not, it is abusive’.

On this ground alone, the appeal should proceed, the judges decided, adding they were ‘very troubled’ by the way L1’s citizenship had been stripped as soon as he left the UK: ‘We cannot really have the Secretary of State behaving like this,’ they noted. 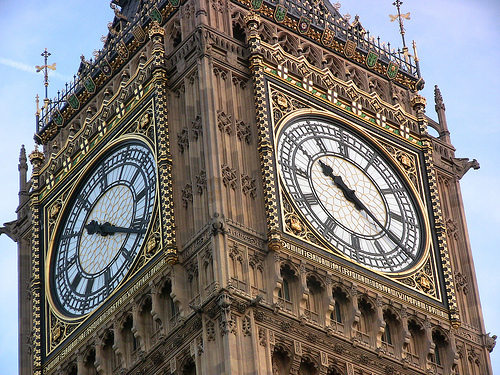 Chris Woods, leader of the Bureau’s drone project, gave a presentation yesterday on the Bureau’s recent investigation into stripped citizenship at the all-party parliamentary group on drones, to an audience of MPs, peers and parliamentary staff.

He outlined the cases of Bilal al-Berjawi and Mohamed Sakr, childhood friends from London who were stripped of their UK citizenship and went on to die in two US drone strikes a month apart in Somalia.

It is unclear yet whether there is a direct connection between between their loss of citizenship and subsequent deaths, Woods pointed out. He also explored the official opaqueness that surrounds the removal of UK citizenship, and the difficulties many of those who lose their citizenship face in appealing the orders from abroad within the tight time limits.