The Home Office today hit out at a court ruling that has blocked Britain from deporting six terror suspects to Algeria, saying it was “extremely disappointed” and that it would “continue to seek to remove those who wish to do harm to our country”.

A spokeswoman for Theresa May’s department added that an appeal against yesterday’s judgement was now being “actively considered”.

She was responding to a decision by three judges in the Special Immigration Appeals Commission who ruled it would be unlawful to deport six Algerians because there was a “real risk” they would be tortured on their return.

The ruling was revealed yesterday by the Bureau, which monitors cases in Siac as part of an investigation into counter-terrorism policy.

The judges said the men merited Britain’s protection under Article 3 of the European Convention on Human Rights, and added that assurances given by Algeria on torture were not effective.

The decision was described yesterday by one Special Advocate barrister as a “significant blow” for Home Office’s “Deportation with Assurances” policy and a victory for the men who have been fighting the legal battle for 10 years.

The men, who are alleged to have links to Al Qaeda, are all deemed a national security threat by UK authorities. They cannot be identified for legal reasons and are now living around England on strict bail conditions.

The court ruling could also have wider implications for Government policy.

In an unusually public statement on the case, Martin Goudie, a barrister at Charter Chambers and the men’s junior Special Advocate in the case, wrote yesterday that deportation with assurances (DWA) to Algeria had failed.

Goudie, a security cleared lawyer who was given access to the closed, or secret, evidence in the case, said: “After nearly a decade and numerous hearings and appeals Siac has now ruled these Appellants cannot be deported to Algeria. This does not bring an end to DWA, but, subject to appeal by the Secretary of State, is a significant blow to it.”

DWA is a special agreement which allows the UK to deport foreign national criminals on national security grounds with diplomatic assurances from other countries that they will not be tortured.

These exceptional cases are dealt with by Siac, a court that deals with cases involving sensitive national security evidence and which it hears in secret.

The six Algerians had been challenging their deportation orders for longer than the Abu Qatada case. He was deported to Jordan in 2013 following an eight-year legal battle with the Home Office. He was acquitted by a Jordanian court in 2014.

Goudie also suggested yesterday there could be consequences for future deportation cases to Jordan.

He wrote: “Later this year in the appeal of N2, Siac will once again consider DWA and Jordan. In doing so Siac will be looking at Jordan, not only as to what might happen to a detainee on return but also on the basis of what has happened to Abu Qatada and VV since their returns and their trials before the Jordanian State Security Court.”

VV was a Jordanian who came to the UK in 2001 and was refused asylum. His appeal to Siac against deportation failed in 2007.

N2 spent years in prison in the UK on terror-related offences. At the end of his sentence last summer, he was freed on bail by Siac judges.

Last July the Bureau reported that Theresa May had argued unsuccessfully for N2 to remain in prison while his deportation case is heard in Siac – a process which can take several years. 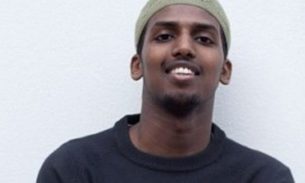