When the Home Office sought to expand its ability to revoke British citizenship this year, one name came up again and again.

Theresa May, the Home Secretary, told the House of Commons that she had decided the laws needed to change after losing a long-running court case to strip Iraqi-born Hilal al Jedda of his British citizenship.

In October 2013, the Supreme Court had overturned the Home Secretary’s order revoking al Jedda’s British citizenship, ruling that it would illegally make him stateless. May now wanted to insert a clause into the Immigration Bill allowing her to revoke citizenship, even if it left the individual stateless.

“The Government have been considering the matter since we saw the result of the al-Jedda case,” she said during the first debate on the clause. “I specifically asked officials whether there was anything that we could do to ensure that we would be able to take action against people whose activities, particularly those related to terrorism, were seriously prejudicial to the state.”

Al Jedda’s name was mentioned 11 times by May and fellow Home Office minister James Brokenshire as the Immigration Bill wound its way through parliament this spring.

But while she was arguing the need for new powers, May did not mention that she had already used the existing laws to remove al Jedda’s citizenship a second time.

Related story: Interactive – The 53 Britons stripped of their nationality

Last week a London tribunal started hearings for al Jedda’s latest legal appeal – under the law which has been in place since 2006. Al Jedda, who is believed to be the first person to lose his British citizenship twice, was first stripped of his British nationality under the Labour government in 2007, and has been locked in court hearings ever since.

Al Jedda originally moved to the UK in 1992 and claimed asylum, saying he was fleeing Saddam Hussein’s Baath Party. Under Iraqi law at the time, he automatically lost his nationality when he became a British citizen, in 2000.

In 2004, al Jedda was detained and held by British forces in Iraq for almost three years on suspicion of helping organise attacks on international forces. The then Home Secretary Jacqui Smith revoked his passport shortly before he was released from custody in December 2007.

It was the December 2007 order that the Supreme Court overturned last year. Al Jedda argued successfully that the loss of his British nationality left him stateless, which was banned under the British laws at the time. The Home Secretary argued that since the Iraqi laws had changed following the country’s occupation, al Jedda could have reapplied for nationality there had he wanted to, so it was not her fault if he was made stateless.

The court rejected this view as ‘illogical’, ruling that “the only question that the Secretary of State had to answer was whether the person held another nationality at the date of the order”.

Al Jedda is the only person known to have successfully challenged the loss of his citizenship on national security grounds under the 2006 law.

Shortly after the Supreme Court hearing, but before the judgment was announced, the Home Office wrote to the court saying it had discovered that al Jedda’s Iraqi passport, which he had previously described as fake, was in fact genuine, and had been used several times to travel.

The Home Office added that it had received reports from the Iraqi government saying that it regarded him as a citizen, and had found his name on its register of citizens. The Supreme Court decided it was too late to introduce this evidence.

Within weeks of the judgment, reports started appearing in the press suggesting the Home Secretary was considering rewriting the laws, removing the ban on making people stateless.

The new laws passed as part of the Immigration Bill in May. They allow the Home Secretary to remove the citizenship of certain individuals even if they are left stateless – something that was previously banned.

In the appeal hearings, which concluded on Monday, al Jedda’s barrister Tom Hickman referred to the new law as “the elephant in the room”. Earlier this year, a judge on the appeals tribunal raised what he called the “appalling prospect” of al Jedda’s current appeal succeeding, only for him to lose his nationality yet again under the new laws in what he called an “endless and circular” process.

Jonathan Swift QC, for the Home Secretary, argued that the second deprivation order was based on new information received from the Iraqi government, and should be viewed as distinct from the previous proceedings. The government argues that either al Jedda never lost his Iraqi citizenship, or that he regained it in 2008.

“It’s not just the Iraqi government that claims Mr al Jedda is an Iraqi national. When it suits him, Mr Al Jedda does too,” Swift said, pointing to occasions when al Jedda had used his Iraqi passport to travel.

Hickman argued that the new case involved legal points that had already been exhaustively debated and decided, with “an enormous amount of money” spent on legal proceedings. He added that the new evidence should have been uncovered during the previous case.

“It was extraordinary that all the way through the last proceedings that the British government had never been and asked the Iraqi government whether he was an Iraqi national.

“The only reason I can give that they didn’t ask that is that they thought the Iraqi government might answer, ‘No, he’s not an Iraqi citizen’.” This would have jeopardised the Home Office’s case.

But Mr Justice Flaux, presiding over the tribunal, suggested “just incompetence” was an alternative explanation.

A means to an end

Appearing by video link from Turkey, where he has lived since leaving Iraq in early 2008, al Jedda explained he had bought the passport through an intermediary and did not know how it had been acquired. Although he initially believed it was fake, he had later discovered it was genuine and used it to travel for his work as a perfume dealer, he said.

“I have nine children. They have to eat,” he explained when asked why he had attempted to travel on a document he believed was counterfeit.

The Iraqi government has confirmed that al Jedda’s name appears on the national register of citizens, and that he holds a nationality certificate and a valid passport. However a lawyer practising in Iraq, appearing as a witness for al Jedda, suggested such registers were often out of date and that under the letter of the law, he had lost his Iraqi nationality.

Swift argued that there is nothing to stop the Home Secretary from removing one man’s citizenship twice, if new information emerges. Further hearings are expected to be heard in the coming months.

A version of this story was published by Open Democracy 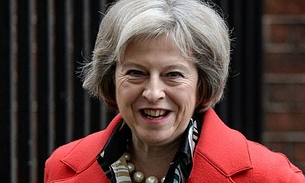