Frontex, the EU’s external border agency, is being given a 54% budget rise next year as part of a new European Commission package of initiatives to tackle the continent’s refugee and migrant crisis.

Frontex executive director Fabrice Leggeri disclosed the agency’s budget uplift, which will reach €176m in 2016, at a House of Lords committee hearing in Westminster on Wednesday. The agency is also being allowed to increase its headquarter staffing levels in Warsaw from 304 to about 340.

Its budget at the start of this year was €114m, although it received an extra €27m in emergency funds in April.

And in what has the potential to spark security fears for European countries, he also said some countries experiencing huge flows of refugees and migrants are still not always taking fingerprints as part of the asylum screening process.

It would mean that many refugees and migrants may be difficult to track and threatens to undermine the Dublin convention that tries to ensure people make only one asylum claim throughout the EU.

The situation has forced Frontex to develop new fingerprint processing technology with the European Asylum Support Office (EASO) and Eurodac, the system that establishes an EU asylum fingerprint database.

He said once the technology was ready, it would be used to help provide support to member states in their screening processes. He said there had been “some shortcomings” about fingerprinting in this regard in a number of unspecified countries. 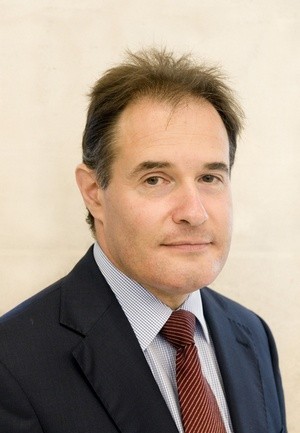 “There is a need to strengthen the agency,” Leggeri (left) told UK peers. “We need better an enhanced integrated border management.”

Leggeri’s comments came a day after the Bureau published its investigation into Frontex, which revealed serious concerns about member states’ cooperation with the agency, warnings about the way it should handle forced returns of migrants and questions over some of its spending.

In the latest developments today, 14,000 migrants and refugees who have crossed into Croatia faced being moved on by the national authorities there as tensions threaten to boil over.

At the House of Lords EU Home Affairs Sub-Committee on Wednesday, Leggeri described how Frontex is to be part of a coordinated effort featuring a host of EU organisations aiming to create safe routes to Europe for genuine asylum seekers as well as swiftly removing people back to their countries of origin.

The agencies will include Europol, the European Asylum Support Office (EASO) and European Union Naval Force ATALANTA (EU Navfor) which will form an EU Regional Task Force and will support and work with countries experiencing huge influxes of refugees and migrants.

The plan builds on a determination by European Commission president Jean-Claude Juncker expressed at his State of the Union address last week “to manage the refugee crisis” after months in which Europe has failed to agree a coherent response.

But data protection issues means personal details of suspected people smugglers cannot at present be shared between Frontex and Europol. Leggeri said that Giovanni Buttarelli, the European Data Protection Supervisor, has agreed the principles of personal data sharing between the two agencies and that Buttarelli may grant full permission by the end of the year.

The hotspots – there are plans for ones in Greece and possibly Hungary as well – could also be used as bases for illegal migrants to be sent back to their country of origin. This is an area in which Frontex’s powers are set to increase, with new Commission proposals due to be published by the year end.

Dana Spinant, the head of the European Commission’s irregular migration and return policy unit, was also at the Lords committee. She told the hearing: “We’re looking at expanding (Frontex’s) legal mandate to substantially scale up its support to member states in carrying out returns.”

Leggeri emphasised the need for gathering intelligence on and from each migrant from the outset. He said: “Screening of migrants can be used to (establish) what is the nationality of the migrant. This is extremely important to do it immediately right on arrival at the external border so then we can start the negotiation with the country of origin to get the travel documents because to return migrants we need the travel document.”

There has been a significant shift in how Frontex both combats people traffickers and processes the details of refugees and migrants entering Europe in recent months, Leggeri also told Lords’ committee members.

Previously information was initially shared with host country agencies but now the priority was ensuring EU agencies acted together in a coordinated way alongside member states.

Frontex and other EU agencies will also work with Turkey, countries in north Africa such as Tunisia and Egypt in an effort to prevent refugees and migrants travelling to Europe.

At present such initiatives are impossible in Libya – where thousands of migrants are sailing to Italy – because the security situation is too unstable, Frontex said.

The Lords committee hearing came just a day after Leggeri faced pointed questions from MEPs who focused on whether member states are releasing sufficient equipment and border guards to Frontex.

Those questions came on the day the Bureau published its investigation detailing how member states have in recent weeks failed to fully comply with Frontex’s requests for more assets even as the refugee crisis intensified.

Frontex, which is responsible for co-ordinating the management of Europe’s external borders, neither directly owns surveillance planes, patrol vehicles and vessels nor employs its own border guards.

Instead, it relies on member states to release to it equipment and personnel in return for reimbursements by the agency.

The Bureau revealed that despite an emergency increase in Frontex’s budget it was short of border guards in the Greek islands, the land border between Greece and Turkey, in Hungary and also Bulgaria.

We discovered that the EU Commissioner for migration, Dimitris Avramopoulos last month wrote to interior ministers throughout Europe urging them to co-operate with Frontex appeals after the agency requested his intervention.

But the Frontex boss did raise the possibility of member states being forced by the EU to release assets to his agency.

“In the future one could imagine to enhance the possibility for the EU to use Frontex deployments to encourage mandatory contributions from member states to Frontex operations,” he told MEPs.

Next Wednesday will see crucial meetings in Brussels that will go a long way to determining Europe’s response to the refugee crisis.

European leaders have been summoned to an emergency meeting in Brussels to agree how many refugees they will take from Italy, Greece and Hungary as well as discussing external border policy following the recent reintroduction of border controls by several countries.

Also on Wednesday, MEPs will grill a wide number of EU agencies including representatives from Frontex and EASO over how they are working together to secure safe passages for genuine refugees and return migrants.

Follow Nick Mathiason, Ted Jeory and Victoria Parsons on Twitter. Read the Migration Crisis investigation here and sign up for email updates from the Bureau here.