Teachers across England are drastically less ethnically diverse than their pupils, analysis by the Bureau can reveal.

The size of the diversity gap varies across different regions and local authorities.

Click on the map to see how your area compares.

South Tyneside, Newcastle upon Tyne and Middlesbrough have the biggest disparity between the proportion of BME teachers and pupils. They are all in the North East, which has the biggest diversity gap of any region in England: 8% of pupils are from compared with 1% of teachers.

Responding to the Bureau’s findings, Paramjeet Bhogal, an educational psychologist from Newcastle said: “I have the luxury of going into lots of different schools in the North East and you just have to look around.”

“You have schools here which are 60% BME children and there’s not a single BME teacher.” 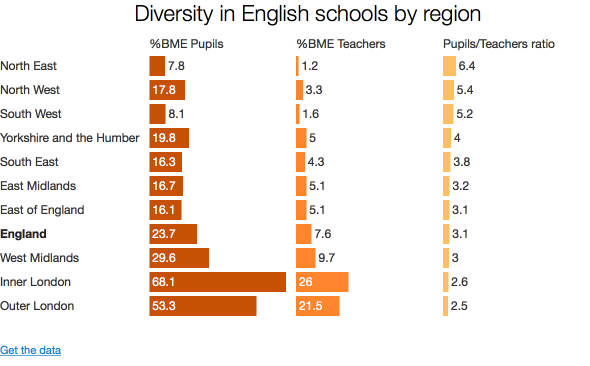 The diversity gap is smallest in London but the proportion of BME pupils is still two and a half times that of teachers.

Mr Bhogal said: “When I was young it was only the cleaners who were BME. Now it’s a lot of BME teaching assistants, dinner ladies and midday supervisors. In 2016, that’s just astounding.”

The Bureau used a Freedom of Information request to obtain a breakdown of teachers’ ethnicity at local authority level. We then compared this with publicly available pupil ethnicity statistics.

Access the complete data table. Or read the full report. 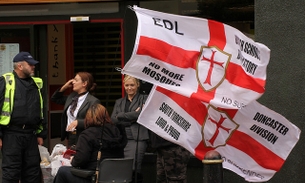