British companies have earned more than $60 billion from US military contracts since President Obama came to power eight years ago, a Bureau analysis of Pentagon spending has found.

As the Bureau exclusively revealed on Sunday, controversial UK public relations firm Bell Pottinger received over half a billion dollars to run a top secret propaganda programme in Iraq following the US invasion.

But Bell Pottinger’s windfall represents only a fraction of what the Pentagon has paid British firms.

Between 2009 and the end of 2015, total spending by the Department of Defense (DoD) on goods and services from the private sector at large was more than $2.3 trillion. The vast majority went to companies based in the US, but the Bureau’s calculations show British companies got at least $1 in every $40 spent by the DoD.

The Bureau’s findings were drawn from a trawl of over 11 million transactions between the Pentagon and commercial suppliers. Each transaction record includes a description of goods or services purchased, the sum of money paid for them, which branch of the DoD is paying, and which company is providing them. We identified UK-based companies and then ran fresh searches to establish sales by branches of the same companies based in other countries.

The 10 UK Companies which made over $500m under Obama:

Between them, these 10 companies were paid $58bn, the Bureau’s analysis shows. Two-thirds of the overall total was spent on BAE products from its UK and US-based divisions.

BAE’s income was from military hardware and software, while Rolls Royce’s was from aircraft engines and spares. BP’s $5.7bn came from fuel sales.

Qinetiq Group – which was part of the Ministry of Defence before being privatised in 2001 – made over $1.8bn. High-selling systems included the Talon bomb disposal robot.

Security provider G4S sold services at US military facilities in Guantánamo Bay and on the island of Diego Garcia, as well as in Afghanistan, Bahrain, Germany and elsewhere.

Pearson Engineering of Newcastle-upon-Tyne sold the Pentagon a mine-clearing system which bolts onto the front of a vehicle to trigger improvised explosive devices before the vehicle reaches them.

A longstanding and specialised family-owned firm in Uxbridge, Martin-Baker Engineering, received more than $400 million in contracts for its ejector seats. The company has been privately owned by the Martin family since the 1930s and is highly profitable: it paid interim dividends of £40m in 2015. Pentagon orders accounted for roughly a third of its turnover between 2009 and 2015.

Aegis Defence Services, set up by former British Army officer Tim Spicer in 2002, was awarded $335m of work, including for security teams in Iraq. The company was bought by Canadian conglomerate GardaWorld in 2015.

Outside the big hitters, smaller British companies have provided more niche goods and services to the US military.

A defensive wall system patented by Hesco Bastion – the “Concertainer” – has proved popular in Iraq and Afghanistan. Concertainer units are made of wire mesh and textile, shipped flatpacked, then filled with sand or earth at their destination. Some $194m of sales are recorded from 2009 onwards.

One of the most unusual services offered to the Pentagon by a British firm is that provided by Phoenix Bird Control, a small business owned by Keith Mutton and his family in Suffolk.

Phoenix’s task is to avert multi-million dollar bird damage to US fighter aircraft taking off and landing at RAF bases in Suffolk and Gloucestershire. The military refers to this as BASH – “Bird Aircraft Strike Hazard”.

A single starling flying into a jet engine can set fire to it and potentially wreck the plane.

Keith Mutton and his employees rear and train predators, including hawks, falcons and owls. A well-trained predator can scatter up to 5,000 other birds, according to an article published by military news service Stars and Stripes.

The firm also worked at the US airbase at Manas, Kyrgyzstan – a major transit point for military flights to Afghanistan. The difference in temperature and altitude from Suffolk required a period of acclimatisation for the birds, according to Alan Marenghi, who runs Phoenix Bird Control alongside Mutton.

Their work is well-known and the company is often called upon for advice by other firms around Europe, but a figure on the company’s earnings from the US has never been previously published.

The birds have earned the firm more than $2.3 million since 2009, contracting figures show. When not undertaking runway sweeps they have performed at Center Parcs and airshows around the country.

Phoenix lost the Suffolk contracts at the end of 2015 after the Defense Department changed their contracting award standards from “best value” to “lowest technically acceptable cost”. The company continues to work for the USAF at RAF Fairford in Gloucestershire, however.

Marenghi described working for the Pentagon as “always a positive experience”. “As a British firm we never felt at a disadvantage competing for US military work in the UK,” he said, although American rules governing small businesses made it difficult for Phoenix to get contracts in the US.

Other smaller companies have also seen cash infusions from the Pentagon. Mil-Ken Travel Ltd, a Cambridge based coach hire company, earned $14.8m in the period for transport services on US Air Force bases in East Anglia, while D. and F. McCarthy, a fruit and veg wholesaler, earned $12.4m.

The Ministry of Defence also appears on the list of contract winners. Over the time period covered it received $65m for services provided out of its top secret Porton Down biological weapons research site in Wiltshire.

This investigation is part of a series by the Bureau looking at the use of military contractors worldwide. If you have any stories or tips please email [email protected] 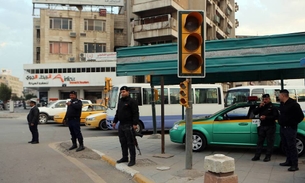 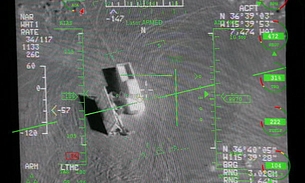