A controversial private mental health hospital has denied patients exercise while they became clinically obese, some relatives have told the Bureau. The hospital has also billed some families for extra care, despite vast sums charged to the NHS.

St Andrew’s mental health hospital in Northampton – one of the largest private psychiatric institutions in the UK – has been much criticised by regulators and an MP in the last six months. It is also under fire in a Channel 4 Dispatches programme tonight, which will focus on use of restraint and anti-psychotic drugs.

The Bureau’s own investigation of St Andrew’s reveals further causes for concern with complaints from parents about overly restrictive and demeaning conditions.

Patients with learning disabilities are subject to a behaviour management system which some families say is draconian. The system is used to determine whether patients have access to facilities or are allowed outside, and denial of exercise has been used as punishment, they claim.

St Andrew’s, which is run by a charity, charges the NHS up to £220,000 a year per patient. But the Bureau has been told that parents can end up paying top-up fees directly to the hospital in order to make sure their children are properly cared for.

NHS commissioners were paying more than £3,000 a week to St Andrew’s for the care of a 36-year old female patient with learning difficulties and serious physical health problems from South West England who had been sectioned and sent to the hospital in 2014.

Over the next two years her mother became increasingly concerned. Her daughter’s weight ballooned to nearly 16 stone, she says, and she was then diagnosed with early stage diabetes. She also developed a huge abscess which required surgery, and became infected with the superbug MRSA five times while at the hospital.

The mother, who lived hundreds of miles from Northampton, blamed her daughter’s sedentary lifestyle and the hospital agreed to provide four hours of extra one-to-one care a day including encouraging her to exercise. For this they charged the mother £64 a day on top of the £150,000 a year they were already charging the NHS.

The mother paid St Andrew's around £8,000 over five months, she said. Her daughter has now left the hospital.

Richard Colwill, spokesman for mental health charity SANE, said it was “particularly unjust” for patients' relatives to have to pay extra for them to be “encouraged to exercise and engage with daily activities as part of their programme for recovery”.

A spokesperson for said St Andrew's said “on rare occasions patients’ families may choose to supplement the care of their loved-one at St Andrew’s through the addition of therapeutic services and activities when these activities fall outside the treatment plan that the patient’s local authority is prepared to fund”.

A mother whose son is currently a patient at St Andrew's, who asked to remain anonymous, said she had repeatedly complained about her son’s weight gain. She claimed that denying access to exercise facilities was used by staff as a form of punishment for infringement of strict behavioural rules.

“My son became clinically obese in less than a year at St Andrew's,” she claimed.

St Andrew's website claims that patients get more than "the recommended 25 hours of meaningful activity" and a spokesman told the Bureau patients were encouraged to exercise.

“I questioned them about this ‘25 hours’ thing and was told that eating - breakfast, coffee break, lunch, snack time, dinner - are counted as meaningful activities,” the mother said.

She said patients had to be escorted to use the gym and other facilities, use of these facilities was seen as a privilege, and staff shortages meant there were often insufficient personnel to act as escorts, she claimed.

“My son’s need for exercise should have been seen as a medical emergency and not a privilege he needed to work towards,” she said. After repeatedly complaining, she said her son’s treatment improved.

“But I fear for patients without people on the outside who can make a fuss on their behalf,” she said.

Have you or your relative had a bad experience at a private psychiatric institution, or been charged a top-up fee for care?

Some families have also raised concerns about a system used by the hospital to determine how much freedom patients with learning disabilities are given. Patients are assigned a level, with the lowest level meaning they are confined to the wards and higher levels meaning they are allowed access to facilities, trips outside or home visits.

St Andrew's says it is a “risk management system,” making sure patients have the level of freedom appropriate to how much risk they pose to themselves and others. The system has even won an award from the Association of Psychological Therapies.  But relatives claim that greater freedom is used as a reward for ‘good’ behaviour, and is taken away as a punishment, without consideration for individual circumstances.

The system was not in line with Department of Health guidance, the principles of the Mental Capacity Act or the Mental Health Act code of practice, the CQC noted. Relatives told the Bureau the system was still in use in 2016.

St Andrew’s Healthcare describes itself as the country’s leading provider of specialist mental healthcare, catering for people with learning disabilities, autism and head injuries as well as psychiatric illness. Referrals come from all over the UK, including Northern Ireland.

The charity runs a large institution in Northampton on the site of a former lunatic asylum and also has sites in Birmingham, Nottinghamshire and Essex. More than 1,300 in-patients were treated by the group last year.

Following a 2011 scandal exposed by BBC Panorama involving abuse of residents at Winterbourne View private hospital, the government pledged to move people with learning disabilities out of institutions and into community care.

But for many, that hasn’t happened. At the same time, St Andrew’s has expanded.

At a time of massive cuts in NHS mental health services which have seen shortages of emergency beds across the country, St Andrew’s saw its revenue grow by 5% last year to a “record level” of nearly £200 million. Its chief executive Gil Baldwin earned £489,000 including a £99,000 bonus.

The group has doubled in size in the last ten years and in 2016 it opened a £45m 110-bed adolescent unit, which it said was the largest of its kind in Europe.

Following a more recent inspection in September 2016 the CQC said that St Andrew’s still required improvement in various areas, but gave the hospital a “good” rating for safety.

This was challenged at a select committee hearing in Parliament in December 2016 where Andrew Selous MP pointed out that there had been 600 incidents in six months where young people had been restrained in a face-down position.

This method, known as prone restraint, poses a risk of injury and death and can be in breach of national guidelines. A St Andrew’s spokesperson told the Bureau “prone restraint is used only when necessary to protect the individual, other patients and our medical teams, from harm. In such instances, we strictly adhere to the Mental Health Act Code of Practice”.

There had been “no deaths at St Andrew’s resulting from this action”, the spokesperson said.

"People in hospital are patients, not prisoners. They shouldn't have to earn the right to visit a cafe"

Former mental health nurse Doreen Kelly is the director of Beyond Limits, a company providing support in the community to patients leaving mental health institutions. She also acts as a facilitator, helping people to plan their exit from hospital.

In the last three years she has been involved with 30 or more people planning to leave or who have successfully left various hospitals across the country including St Andrew's.

She said: "I recall being at St Andrew's once. One of the people I was helping had a brain injury and was on a ward for patients with disturbed and challenging behaviour. I asked when the patient had last been challenging and was told nine months to a year before. The ward was a disturbing and tough place to be living."

Strategies used to manage behaviour are among the most disturbing aspects of large institutions, in Kelly's view. They can entail a restrictive and sometimes demeaning approach to working with people who are living in a context of other deprivations.

“In practice, workers are often not clear about how it works," she said. "I've asked nurses exactly how they make decisions under the system and it's often hard for me to get a clear answer. How are patients meant to understand what is expected of them if the nurses don't understand?"

"People in hospital are patients, not prisoners. They shouldn't have to earn the right to visit a cafe."

In a statement responding to the Bureau’s investigation, a St Andrew’s spokesperson said: “The safety and wellbeing of all of our patients, as well as our staff, is paramount at all times.

“We have a robust complaints process for any patients, family member or carer who isn’t satisfied with the care provided.”

The hospital creates individual behaviour "support plans" with patients and carers, and these are reviewed regularly, the spokesperson added. 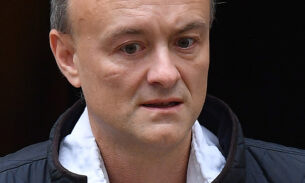