More than half of councils in England are planning to slash costs by cutting spending on services for children. These measures include closing children’s centres, reducing support for disabled children and cutting child protection teams.

Analysis of council financing by the Bureau reveals a local government crisis as the costs of supporting vulnerable children pushes almost all councils over budget. This has prompted cuts to services.

Across all, nine out of ten councils will spend more money than they bring in by the end of March this year - with one overspending by £14m.

The Bureau has scrutinised hundreds of financial forecasts published by local authorities and analysed their historical spending records during a four-month investigation.

In budget plans for the coming year published by 101 councils responsible for children’s services, the Bureau found 57 planning to make cuts in this area. Nearly all of those are already over budget for these services this year.

“These findings are deeply concerning”, said Labour’s shadow secretary of state for Housing, Communities and Local Government, Andrew Gwynne. “Unless the government finally listens to the demands of councillors, parents and politicians of all parties, and makes a change of direction, then more vulnerable children will go without the care that they need, and councils will be pushed dangerously close to the financial brink."

These findings come as a survey of councils by the Local Government Information Unit reveals that nearly a third (31.8%) say finding money to pay for children’s social care is their biggest immediate concern. This is a huge leap from the 7% that said it was their biggest concern last year.

On February 6 2018 the government announced an additional £150m for councils' adult social care budgets in the coming year. This was on top of an extra £2bn that was set aside last spring.

No extra funds have yet been made available for children’s services.

The Bureau’s analysis of past spending data reported to central government shows that children’s services have been a bigger cost pressure than adult care in each of the last four years.

Adjusted for changes in costs, overspend across all councils on children’s social care reached £655m in the last full financial year, while it was £536m for adult social care.

Dr Sam Royston, director of policy and research at the Children’s Society, said: “These stark figures reveal an all-too familiar picture of the perilous state of children’s services...it’s no surprise that they are over-spending as they struggle to cope with slashed budgets and soaring demands.”

All local authorities, apart from smaller district councils, have a legal duty to look after vulnerable children. Pressure on council finances has increased as the number of children in care across the country continues to grow.

A child was referred to local authority children’s services more than once every minute last year, according to the Local Government Association.

Around £2.4bn has been cut from children’s services budgets since 2010. An additional £1.7bn of cuts has been made to early intervention funding.

According to the Department for Education, the number of children looked after by the state has increased steadily over the last nine years, with 72,670 in this category in March 2017.

The Bureau trawled hundreds of council documents and found councils making cuts and facing pressures in a variety of ways. 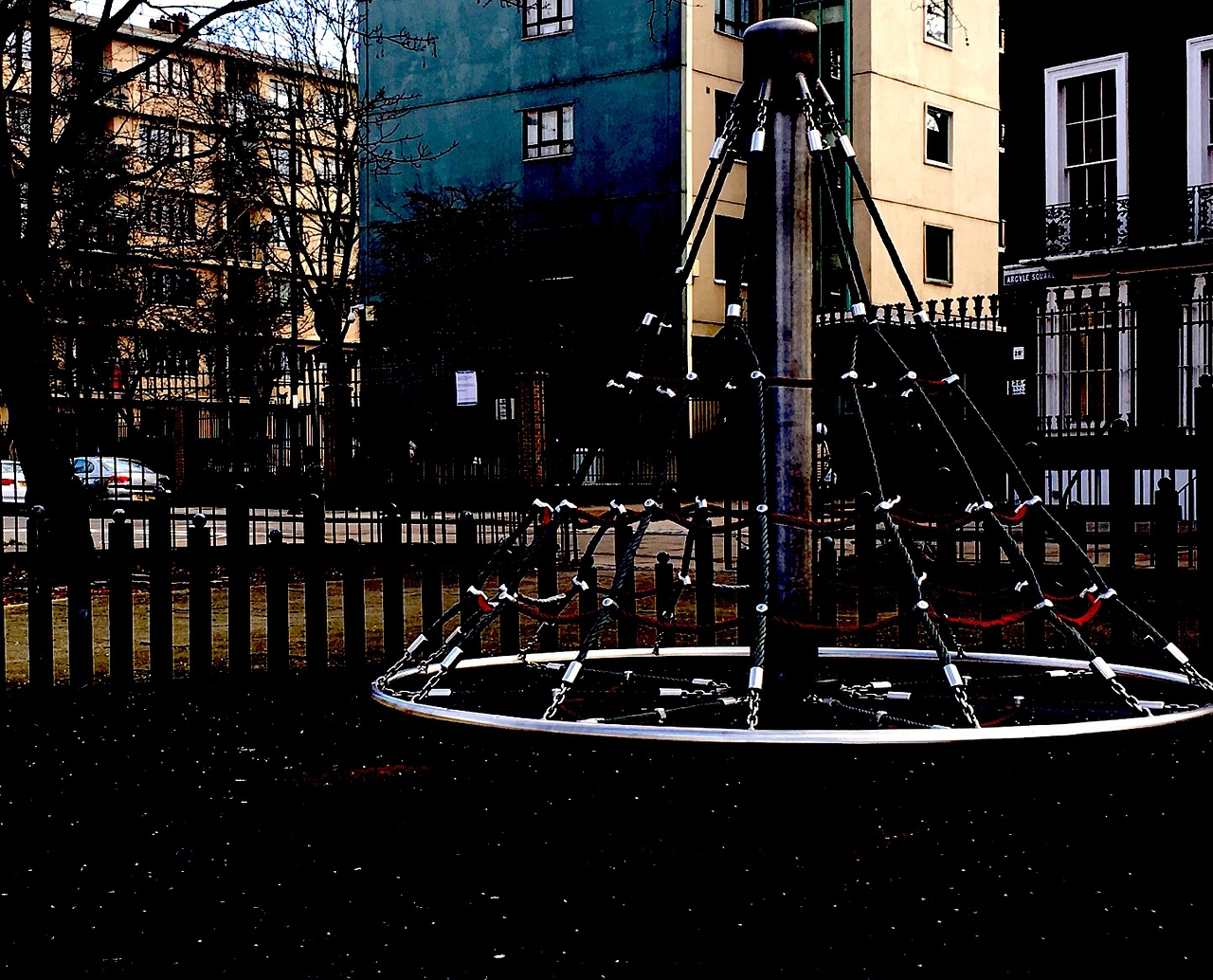 It costs Somerset County Council an average of £4,208 a week to house a child in a private care home, according to the council’s records. With a lack of foster families available, it ended up paying for 2,200 more days accommodation in the second quarter of 2017/2018, 14% more than was expected.

Somerset’s current end-of-year overspend on children services is estimated to be £14.6m - the highest in the country. The Bureau’s research has established that Somerset is one of 82 authorities to have overspent in this area in each of the last three financial years, spending a total of £40.8m more than it had budgeted for during this period.

A spokesperson for Somerset County Council said it was lobbying government for more funding and added: "The current overspend in children's services is a sign of our commitment to prioritise support for vulnerable children - an approach vindicated by an Ofsted inspection report that last month raised the rating of our children's services...Despite huge cuts in funding from government, we have a successful council-wide approach to managing overspends and are set to agree a balanced budget later this month.”

The number of children in care is also impacting Oxfordshire county council’s financial position. According to its latest estimate, published in December 2017, children's services will be overspent for the third consecutive year. The council invested an extra £5.3m in February 2017, but that money was swallowed by the previous year's £5.9m deficit. According to the Bureau's analysis of their financial records, Oxfordshire’s children’s services now faces being in the red again, this time by an estimated £8.6m.

A council report earlier in the year said a rise in demand for social care, and for home to school transport for children with special educational needs, was “not sustainable”.

A spokesman for Oxfordshire County Council said: “Having made difficult decisions in previous years we are now nearer to the end of our programme of savings than the start...Much of the money the council has saved since 2010 has been reinvested in coping with demand pressures in adult and children's social care”.

In Tameside, on the outskirts of Manchester, the council has described demand for children’s services as “unprecedented”. An Ofsted inspection report of children’s services, published last week noted: “There is still considerable work to do to improve the quality of practice delivered to children in need of help and protection.”

A Tameside Council spokesperson said that the rise in numbers of children coming into care has now been halted and said: “The Council has committed an additional £6m to the recurrent revenue budget from 2017/18 together with a further non recurrent revenue sum of £32m until 2020/21.” 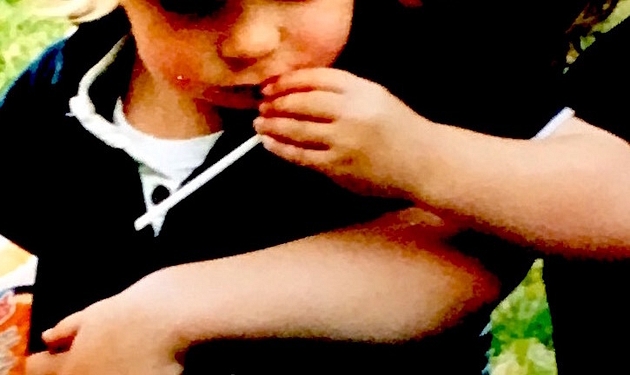 Meanwhile, in Hampshire, the council has forecast a £7.6m overspend on children’s social care in part due to an increase in the number of young people in need. This year £11.9m was allocated to children’s services and more has been promised, “to partly cover the forecast increased costs for looked after children”, the council told us.

However, the Bureau's research has found that the council has based next year’s budget, and the two after that, on the assumption that it can safely reduce the number of children in care by 410 by 2021, thereby saving £18m.

Hampshire is planning on cutting its 0-19 grant by 66%

According to a council report, this would be achieved through a “complete shift in the children’s social care operating model” which would “enable social workers to be more effective in enabling families to stay together, help families to be more resilient and promote rehabilitation - particularly of the troubled and troublesome teenager group”.

Hampshire is also planning on cutting its 0-19 grant by 66%. The fund provides support to children with multiple needs; important services but not among those councils are legally obliged to provide.

“Many councils are struggling, budgets are woefully inadequate for the challenges they face“

Anna Feuchtwang, chief executive of the National Children’s Bureau, said: “Local authorities have seen significant cuts to their funding while facing rising demand for children’s services. These pressures have forced them to cut back on spending on early intervention, which could reduce costs and help children and families before their problems escalate.”

She added: “It is little wonder that many councils are struggling, budgets are woefully inadequate for the challenges they face.”

A spokesman from the Ministry of Housing, Communities and Local Government said:

“This government is helping the children’s social care sector deliver higher quality services. Councils will see a real term increase over the next two years in resources, more freedom and fairness and with a greater certainty to plan and secure value for money.”

What the information on your local authority?

The findings are part of an ongoing investigation into local council spending by the Bureau Local team at the Bureau. Our study does not include Isle of Scilly or City of London due to small population size.

Header image, via Shutterstock; all other images by Katharine Quarmby.

Correction: The introductory paragraph has been amended for clarification and a line on Somerset local reporting was removed from the original publication.