The Local Government Chronicle. Read the story.
Find out how to use the Bureau’s work

The public overwhelmingly believes councils should provide greater transparency on property investments, a survey by YouGov shared exclusively with the Bureau has found.

Our investigation published today reveals some of the smallest local authorities in England have amassed debts the equivalent of more than ten times their spending power to buy commercial property such as shopping centres, supermarkets and business parks. The number of councils investing in real estate to generate revenue has doubled in the past two years.

Councils say the deals are low risk and bring in extra revenue to replace funding cut by central government. However, some experts have warned borrowing to fund the purchases ties the future of vital public services to the uncertainty of the property market.

A YouGov survey, shared exclusively with the Bureau, has found public opinion is split on whether the investments are a concern.

But 80% of the 1,737 polled said the properties or land being bought should be made public, 82% believe councils should be transparent about how purchases are being funded and 78% thought councils should reveal any external consultants advising on the deal.

The Bureau found these crucial pieces of information are often only discussed and approved in meetings behind closed doors. Deals worth tens of millions of pounds have even been signed off by unelected council officials without any public scrutiny at all.

In April, the government introduced revised guidelines which aimed to discourage councils from borrowing to finance commercial investments but left the door open for councils to “disregard” the rules as long as they explain why.

Councils investing in the property market are required to publish at least one strategy document each year outlining their plans.

Think properties or land being bought should be made public

Think councils should reveal any external consultants advising on deals

The reports rarely if ever contain specifics about the properties local authorities want to buy or when they intend to buy them. Instead a close eye must be kept on the agendas of council meetings for news about the next potential purchase. Even then, the matters are almost always discussed in Part B of the meeting from which the press and the public are excluded, on grounds of commercial confidentiality, a decision there is no opportunity to challenge.

Sometimes the purchases are not even scrutinised by elected members of the council.

Last year Newham spent £90 million on five investment properties, all of which were outside the borough. The decisions to buy the offices and warehouses in Surrey, Lincolnshire, Yorkshire, Warwickshire and the West Midlands, were all made by council officers under “delegated authority” - meaning they were not reviewed by councillors before being approved. 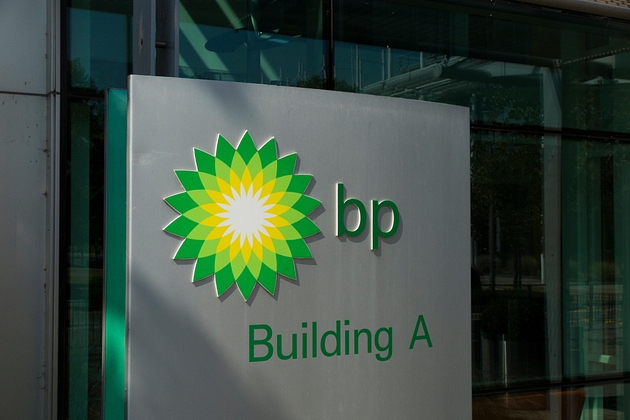 A report by auditor Ernst & Young, published last month, said: “Whilst we have not identified any significant issues with the governance arrangements in place for these acquisitions the council should consider whether delegated authority for such decisions is appropriate.”

Councils have made use of other measures which has led to purchases not being subject to the usual level of scrutiny. Leeds City Council, which has also moved to a delegated authority model, took away the power councillors have to “call-in” potential purchases for in-depth scrutiny, arguing the delay the additional meeting would cause could lead it to lose out to a competitor.

Some councils publish details of completed purchases in press releases and all are obliged to include them in their annual accounts. But even the accounts can be unreliable. Auditor KPMG has yet to sign off Spelthorne Borough Council’s 2016/17 accounts because it found details of a major property acquisition, and £400 million in loans connected with it, had not been appropriately declared.

Furthermore, important details such as which consultants councils are using are not publicised. The Bureau had to combine and analyse more than 30 individual spreadsheets containing nearly 6,000 rows of spending data, published under transparency rules, to discover that US property consultants Cushman & Wakefield have been paid £2.3 million by Spelthorne Borough Council since 2017, more than any of the council’s other suppliers during the same period.

And some local authorities have even gone as far as concealing information from the figures they are obliged to publish under the Local Government Transparency Code. We found Eastleigh Borough Council, in Hampshire, has redacted details of payments for building and land totalling £200 million from spending spreadsheets, withholding the names of those who had received the money due to “commercial confidentiality”.

The Transparency Code requires councils to publish an annual list of the land and property they own. But those hoping to use this information to follow what their council has bought are likely to be disappointed. Details such as price paid or who the assets were acquired from are not included. Furthermore, the Bureau found 223 councils (63%) are updating the same spreadsheet each year instead of publishing a new one, meaning changes over time are lost.

As a result, the Bureau had to turn to the Freedom of Information Act to obtain a list of all the assets acquired by councils since 2014/15. Many councils initially provided incorrect information or missed the deadline by which they legally had to provide a response. Some refused to publish the data, claiming it would cost or take too long to provide, was available elsewhere or would damage the council’s commercial interests.

We appealed decisions and in some cases they were overturned. But there is no statutory time limit by which public bodies have to undertake these internal reviews. The Bureau is currently waiting on 33 councils to complete reviews, several months after they were originally requested. The guidance says the process should take no longer than 20 working days in most cases, or 40 in “exceptional circumstances”.

Ultimately we obtained some information about property purchases from more than 300 councils. This data showed that, in the last two years the number of local authorities investing in real estate has doubled.

The spending spree has been made possible due to easy access to low interest loans from the Public Works Loan Board (PWLB), a national government body. Councils can borrow as much as they want as long as they can afford it, a determination left to them. The PWLB does no assessment of its own because, it says, the responsibility lies with “locally elected members of the council, who are democratically accountable to the electorate”.

But if the electorate are denied the full facts about these purchases, how can they decide for themselves whether billions of pounds of public money is being spent wisely? Our latest investigation is one attempt to shed light on these purchases and put information into the hands of journalists and citizens.

You can access the data we obtained on the property investments purchased by more than 100 local authorities here.