Thousands of tonnes of salmonella-contaminated chicken have been exported from Brazil during the past two years, including more than 1 million birds sent to the UK, the Bureau of Investigative Journalism has discovered.

Brazil is the largest exporter of frozen chicken in the world, but about one in five of its birds are contaminated with the food poisoning bug salmonella. The country supplies about $1bn-worth of poultry meat to Europe each year.

Salmonella bacteria is found in the guts of poultry and livestock. Birds and animals can be infected through feed, in hatcheries, or through faeces during transport to abattoirs, where slaughter and processing can also spread the infection. In humans, salmonella poisoning can be life-threatening, particularly in infants and the elderly.

The head of the Brazilian food safety authority has admitted that the country’s 20% contamination rate is too high: “Europe is one step ahead of us regarding the control of salmonella,” Ana Lucia Viana, director of Brazil’s Department of Inspection of Animal Products, told the news organisation Repórter Brasil.

The EU has been running a major salmonella reduction programme for more than a decade for its domestic poultry flocks. In the UK high standards and close monitoring meant that salmonella rates ranged from 1.5% to 2.2% between 2013 and 2017, according to the Food Standards Agency.

Yet Brazilian food standards assume much higher salmonella rates, according to Professor Bernadette de Melo Franco, a food safety expert at the University of Sao Paulo. “What the government is saying is that the frequency of detection of salmonella in Brazilian poultry is 20%, which means one in five birds results positive for salmonella.” 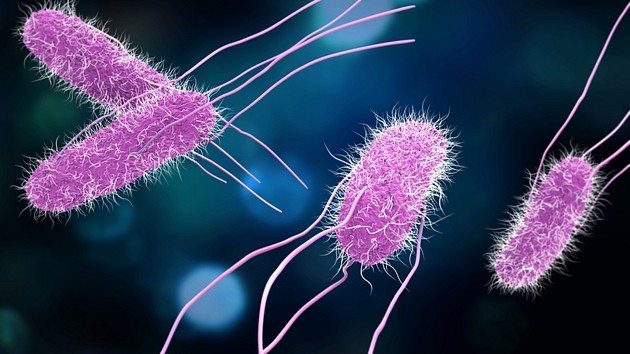 Alexandre Campos da Silva, who coordinates meat inspections for the Brazilian government, said this “is not a risk” for human health because the bacterium is killed in the cooking process. However, salmonella can be contracted from contact with raw chicken.

Brazil’s poultry industry has been a domestic and global success story, employing more than 3.6 million people directly or indirectly. It exports more than 4.3m tonnes of chicken a year all over the world.

Salmonella rate in the UK

But the reputation of the Brazilian meat industry has suffered serious damage. A scandal known as "Weak Flesh" erupted in March 2017: some inspectors in Brazil were alleged to have taken bribes in return for signing off substandard meat, including some contaminated with salmonella.

The EU embargoed meat from some Brazilian sources and significantly increased border checks on the rest. Other countries followed suit. The Brazilian authorities resolved to crack down on the poor food safety standards.

However, a data analysis by Repórter Brasil, working with the Bureau and the Guardian, found that contaminated meat from Brazil continues to be picked up in EU border checks.

Tests have discovered salmonella in more than 370 consignments of Brazilian chicken and other poultry meat shipped to the EU since April 2017. Contaminated meat has been shipped to more than a dozen EU countries, including the Netherlands, France, Germany, Spain, Italy, Belgium, Ireland and the UK.

At least 1,359 tonnes — the equivalent of about a million birds — of contaminated poultry was exported to the UK in that period, although the true figure is likely to be higher as not every shipment is as thoroughly tested for disease. While all consignments of meat are physically examined, only about one in five batches are subject to mandatory microbiological testing, meaning some contaminated meat could be getting through undetected.

Thirteen shipments of contaminated chicken from Brazil have been detected by UK border inspectors in 2019. Much of the contaminated meat was detained by port inspection staff before being sent back to Brazil, where it was sold to Brazilian consumers. But records show that in some cases dirty meat had already been allowed into the UK, forcing the authorities to seek a recall.

Revealed: How the global beef trade is destroying the Amazon JBS: The Brazilian butchers who took over the world Dirty US meat could flood into UK after a Brexit trade deal

Our investigation has established that significant quantities of the Brazilian dirty chicken detected at UK ports since April 2017 were supplied by two of the country’s (and the world’s) biggest meat companies, JBS and BRF, or their subsidiaries.

An analysis of internal documents obtained from the Food Standards Agency and international shipping records reveal how the companies between them shipped at least 400 tonnes of contaminated chicken to the UK over 20 months. The number of contaminated shipments sent by BRF fell significantly in 2018, probably because a number of company plants have been blacklisted by the EU.

Earlier this year however, BRF was forced to recall almost 500 tonnes of chicken products suspected of being contaminated with salmonella.

Some JBS meat exported to the UK was found to harbour salmonella as recently as November 2018.

JBS said that none of the revelations of Operation Weak Flesh “called into question the quality standard of its products”. It stressed that it follows all the standards and procedures laid down by the European Commission for its exports to the EU.

BRF said it “meets the legal standard and quality requirements of all customers and countries where it operates and to which it exports, and bases its actions on the security commitments, quality and integrity.”

Top image: A chicken processing plant in Brazil, via Shutterstock

Our Food and Farming project is partly funded out of Bureau core funds and partly by the Hollick Family Foundation (for 2020) and the Guardian. None of our funders have any influence over the Bureau’s editorial decisions or output.

Diego is a reporter at Repórter Brasil