The government has issued a salmonella warning after the Bureau and the Guardian revealed that at least 100 people had been poisoned by British eggs in three years – and now records show standards have been slipping across the industry for years.

On Saturday the Food Standards Agency (FSA) issued a food alert, warning consumers that eggs from a specific English flock could be contaminated with salmonella, the day after the Bureau’s investigation was published. The eggs in question were marked with the British Lion stamp, which is supposed to guarantee they are safe.

Salmonella can cause food poisoning, and in the most severe cases can be fatal. Previously the FSA had insisted British Lion eggs were safe to eat raw, even for pregnant women, children and the elderly.

However, regulations designed to ensure high standards in the UK egg sector have been breached almost daily in recent years, the Bureau can reveal, with farms, packing stations and wholesalers found to be breaking the rules.

Inspectors found that more than 100 tests for salmonella had been missed, or carried out too late, increasing the chance of contaminated eggs entering the food chain.

Exclusive: At least 100 cases of salmonella poisoning from British eggs

Over three years egg farms in England had more than 100 breaches of the rules around the government’s programme to prevent salmonella, according to internal records obtained by the Bureau.

Some offending farms were issued with penalty notices, which can result in a fine or other enforcement action.

The records — compiled by the Animal and Plant Health Agency (APHA) — also show that one in six of all inspections carried out in the past three years found infractions on issues including hygiene, animal welfare, and egg quality.

Ensuring farms are regularly cleaned and disinfected, alongside strict pest control and biosecurity measures, is key to preventing salmonella, which can be spread by contaminated wild birds and animals, in water, and via farm workers.

A single lapse in hygiene could introduce salmonella onto a farm or enable the pathogens to spread, industry sources have said.

Last week the Bureau revealed how a major outbreak of one of the worst strains of salmonella had affected several farms and two egg-packing factories, including one that supplies major supermarkets.

This was the Bureau's story on Friday

More than 50 egg-laying flocks were found to have tested positive for salmonella since January 2018, 11 of them contaminated with the most serious strains of the bacteria. Egg-packing factories were also found contaminated on five occasions in the period.

Almost all of the 13 billion eggs eaten in the UK come from British farms. More than half of the market comes from free-range hens, while most of the rest is from birds in “enriched cages” — indoor enclosures for dozens of birds with perching spaces and scratching areas.

The salmonella outbreak revealed by the Bureau is understood to have affected some free-range egg farms.

The government confirmed on Friday that it was “investigating and taking action” to control the outbreak along with industry and local authorities. In its food alert the FSA said there was a “potential but low risk of illness” and advised people to cook their eggs thoroughly to eliminate the bug.

Responding to the revelations, Professor Erik Millstone, a food safety expert at Sussex University, said: “If 100 cases of salmonella poisoning from UK eggs has not been sufficient to withdraw the advice that UK produced eggs can safely be eaten raw, how many will be enough? How many people will need to get sick before the advice will be changed?”

Kerry McCarthy, a Labour MP, said the investigation served as an “urgent warning” to the poultry industry, government and consumers to avoid complacency. “While progress has been made on controlling salmonella in eggs ... one case is a case too many.”

An APHA spokesperson said: “All egg producers are subject to rigorous and regular inspections to ensure standards are being met and to minimise the risk to public health.

“If any producers are found to have hygiene breaches or fail to carry out salmonella testing, we will not hesitate to take action to bring them into compliance with our strict regulations. We prevent producers selling whole table eggs if their flocks are confirmed to have regulated strains of salmonella which endanger human health.”

Alexandra Heal is an investigative reporter specialising in environmental issues and policing.

More From Food and Farming 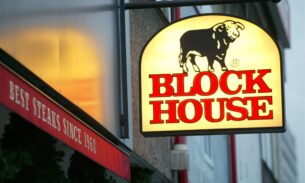 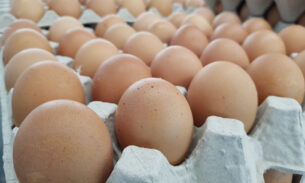 Exclusive: At least 100 cases of salmonella poisoning from British eggs