The government has pledged to defend public health policy from tobacco companies lobbying for relaxed regulations after Brexit.

Last night the health minister Jo Churchill reiterated the government's commitment to a landmark treaty that restricts contact with the tobacco industry during a parliamentary debate called in response to last week's Dispatches “The Secrets of Big Tobacco”.

The programme, co-produced by the Bureau and ITN Productions, showed that Philip Morris International (PMI), which makes 800 billion cigarettes a year, had proposed a bill to end restrictions on adverts for vaping and alternative tobacco products once EU regulations no longer apply in the UK. In return the company would back a £1 billion fund for local campaigns to encourage smokers to switch from cigarettes to the new products.

This would be in breach of the World Health Organization’s convention banning governments from allowing tobacco companies any influence over health policy.

Bob Blackman, the Conservative chairman of the all-party parliamentary group on smoking, asked Churchill if the government would stick to the convention post-Brexit. She told the Commons that the UK would “remain firmly committed to the convention… during the transition period and beyond”.

Blackman said he was “delighted by the government’s confirmation that it will continue to ensure that tobacco companies have no place in shaping public health policy”.

Churchill’s remarks were also welcomed by Hazel Cheeseman, the director of policy at Action on Smoking and Health. She said: “The government’s unambiguous rejection of tobacco industry interference is extremely welcome but we must continue to be vigilant. PMI and other tobacco companies will continue to try and shape public health policy in their own interests and the government must hold firm to its commitments.”

PMI said it supported the government’s commitment to make England smoke-free by 2030. “To realise this ambition, millions of current smokers need to be persuaded to quit altogether or switch to less harmful alternatives. Critical to this will be putting in place a regulatory framework that ensures smokers have the facts about alternatives and that tobacco companies are pushed to phase out cigarettes.

“We have made this point time and time again to MPs, civil servants, local councillors, journalists and the broader public. What this story really shows is that Philip Morris has been consistent in its efforts to make smoke-free 2030 a reality.”

The Bureau has been investigating PMI, the world’s largest multinational tobacco company, and its attempts to be seen as “part of the solution” to the problem of smoking, which kills eight million people a year. In the UK PMI is marketing itself as “smoke-free” and promoting e-cigarettes and Iqos, a product that produces nicotine by heating tobacco. At the same time it is aggressively selling cigarettes in Indonesia, its largest market.

The Bureau’s investigation is part of its Smoke Screen project looking at Big Tobacco, which previously looked at Juul’s international expansion. The project is funded by Vital Strategies, which has no editorial control over the Bureau’s stories. 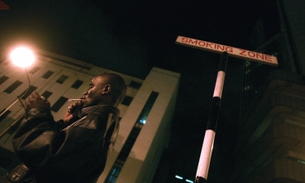