The Times
Find out how to use the Bureau’s work

City law firms are “completely outgunning” the UK’s only complex fraud agency, raising concerns that an “imbalance of arms” is allowing some oligarchs and powerful corporations to “buy impunity”.

The Bureau of Investigative Journalism can reveal that some companies under investigation have spent up to 10 times more than the Serious Fraud Office (SFO) on legal and investigation fees. The anti-corruption agency operates on a shoestring £52m budget.

A chronic lack of funding, an exodus of senior officials joining law firms representing the very companies the SFO is investigating, and a perceived hesitation in prosecuting companies and business executives all undermine the fight against economic crime, the Bureau has found.

Recent revelations of bribery allegations connected to British American Tobacco (BAT) – after the SFO closed an investigation into the corporation – add urgency to the predicament.

The agency has dropped 30 probes since the current director, Lisa Osofsky, assumed office in August 2018, three of them over two days in October. In the five years preceding Osofsky’s appointment, the SFO dropped a total of 13 cases.

“It has been clear for some time that there’s a chronic weakness in the enforcement of serious fraud in the UK,” Lisa Nandy, the shadow foreign secretary, told the Bureau. “The odds are stacked in favour of those who break the rules, rather than those who make them.”

Conservative MP Robert Buckland, the former lord chancellor and justice secretary, said the “imbalance in arms” between defendants and the SFO must be tackled.

“A situation where one side has unlimited resources cannot be fair,” he said. “There must be a way in which it must be fixed because, at the moment, it’s very skewed in favour of the defendant. I don’t think you can deny there clearly is a disparity.”

The government’s first economic crime plan, announced in 2019, cited financial wrongdoing as a threat to national security and economic prosperity. It promised a “step change” that would make the UK a “world leader” in clamping down on economic crime.

The SFO has generated about £1.3bn in fines and penalties against large businesses in the past five years and recently secured significant bribery convictions against oil field services company Petrofac and Airbus defence subsidiary GPT Special Project Management. It has also opened several new investigations.

More from our Enablers projecct

And yet, it is the high-profile case closures and acquittals of executives that stand out. In January, the agency ended its investigation into BAT without charge, saying there was insufficient evidence for any prosecutions. In September, a joint investigation by the Bureau, BBC Panorama and the University of Bath revealed evidence of the company paying an extensive network of informants for intelligence on competitors. It also revealed that a private security firm contracted by BAT had negotiated a proposed bribe for former Zimbabwean president Robert Mugabe.

The SFO spent almost 18,000 hours investigating BAT over more than three years before dropping the case due to insufficient evidence, according to a Freedom of Information request filed by the Bureau. BAT denied any wrongdoing and said its activities had been focused on combating the illicit trade in cigarettes.

In June 2020, the SFO closed a corruption investigation into allegations about how De La Rue won an estimated $114m (£90m) contract to design and print South Sudan’s paper currency. It said the matter had not met the criteria to commence proceedings set out in the Crown Code for Prosecutors.

In a September report, the Commission on Human Rights in South Sudan, an organ of the United Nations, said it had reviewed bank transfers that allegedly indicated the world’s largest commercial printer of banknotes paid $1.4m (£1m) into the personal account of an apparent consultant at the Central Bank of South Sudan.

A portion of the funds was then withdrawn in cash, reinforcing the commission’s conclusion that “notwithstanding the closure of the investigations by the UK SFO”, it “has reasonable grounds to believe” that the transactions “may represent a kickback or bribe payment”. De La Rue told the Bureau that it refutes the commission’s allegations.

According to an FOI request submitted by the Bureau, the SFO conducted just three interviews throughout its 11-month investigation into De La Rue. The SFO took a collective 4,388 hours to reach its conclusions.

By contrast, a five-year SFO investigation into pharma giant GlaxoSmithKline, which was closed in 2019, entailed 58,000 hours of investigating, 84 interviews and nearly 300 “Section 2” requests, which compel the subject to hand over relevant material and information. Despite the investigation costing £7.5m, however, it did not yield a single prosecution.

‘The UK talks a good talk about being tough on financial crime, yet too often law enforcement agencies are completely outgunned when facing suspects with deep pockets’

The SFO told the Bureau: “There is a high bar for prosecutors, including the SFO, to charge individuals or companies with a criminal offence. Apparent evidence of wrongdoing is not the same as admissible evidence that will support a realistic prospect of a conviction.”

Steve Goodrich, head of research and investigations at Transparency International UK, said: “The UK often talks a good talk about being tough on financial crime, yet too often law enforcement agencies are completely outgunned when facing suspects with deep pockets.” He believes it can be “far too easy for oligarchs and kleptocrats to buy impunity by burying prosecutors in costs”.

Some of the SFO’s most prominent cases have resulted in so-called deferred prosecution agreements (DPAs) between the agency and the target of an investigation. This entails the company admitting to wrongdoing, pledging to improve its compliance with the law and paying a hefty fine. In exchange, the company avoids a trial. After a dozen DPAs, the SFO has yet to convict any executives for the wrongdoing to which their company admitted.

The SFO said: “These enable the SFO to hold companies to account for vast fraud and corruption offences.”

In July, British engineering company Amec Foster Wheeler agreed to pay out £103m after admitting to the use of corrupt agents in the oil and gas sector. That included £3.4m to cover the SFO’s investigation costs for the four-year probe. In one year alone, Wood Group PLC, Amec Foster Wheeler’s parent company, spent $10.9m (£8m) on legal costs relating to investigations, including those conducted by the SFO and authorities in Scotland, Brazil and the US, according to the parent group’s annual report.

Rolls-Royce, which agreed to pay out £497m in 2017 to avoid criminal prosecution, spent £123m on legal and other services relating to investigations by the SFO and enforcement agencies in the US and Brazil, which were working with the SFO, according to a publicly available court judgment. The SFO spent just £13m – and that was its most expensive investigation at the time.

Most starkly, Eurasian Resources Group (ERG), the Kazakh mining conglomerate that owns Eurasian Natural Resources Corporation (ENRC), has spent $397m (£296m) since 2014 on what it describes as “professional fees and other exceptional litigation costs”, according to financial accounts. As well as dealing with an ongoing eight-year SFO investigation, ENRC has launched at least 10 legal proceedings against other parties, most of them related to matters also covered by the SFO probe.

The SFO has not charged anyone in connection with the investigation. ENRC, once listed as one of the most valuable companies on the London Stock Exchange, strongly denies any wrongdoing and says the SFO probe is “flawed and badly tainted”, something the agency denies.

Sir David Green, who led the SFO until 2018, told an anti-corruption conference in September that the agency requires a steady budget increase if it wants to keep talented staff and upgrade its resources so that it stands a chance in taking on “the most difficult cases involving powerful interests”.

‘It’s deeply concerning because it shows how the system set up to fight fraud, corruption and dirty money is being used in order to defeat the system’

Buckland, who was responsible for the SFO as solicitor-general between 2014 and 2019, said high staff turnover may have further weakened the agency. “Constantly having to shed staff and then rehire them doesn’t provide the continuity that prosecuting complex cases needs,” he said. “It doesn’t make for the institutional memory that can be a clear advantage to prosecutors.”

Green made national headlines when he left the agency to join elite law firm Slaughter and May as a senior consultant in 2018. But he was not the only one to feel the lure of the private sector.

In the past three years, more than three-quarters of the SFO’s departmental heads and senior leadership have left, including its chief operating officer, general counsel, chief investigator, two divisional co-heads and all three of its non-executive directors. Many have joined top City law firms.

Departees include joint head of bribery and corruption Ben Morgan, who in his new role as a partner at Freshfields is understood to have helped to negotiate a DPA on behalf of security company G4S last year, and his predecessor Patrick Rappo, now at legal giant DLA Piper where he has represented a former employee of BAT who has been linked to the SFO’s closed case.

Camilla de Silva, the SFO’s former co-head of bribery and corruption, left last year to join Simmons & Simmons – a firm that advises Petrofac, which last month pleaded guilty to paying bribes, though there is no suggestion De Silva has had any involvement in providing advice. And the agency’s former anti-corruption lead Robert Amaee now sits on the advisory board of controversial private intelligence company Black Cube.

“It’s deeply concerning because it shows how the system set up to fight fraud, corruption and dirty money is being used in order to defeat the system,” said Nandy, the shadow foreign secretary.

There’s no suggestion any of these individuals advise on the same matters for both the regulator and the company being investigated. But it shows how the private sector can attract top talent and experience from the SFO, leaving the regulator weakened.

The departures can partly be attributed to the sheer imbalance in pay between the regulator and its legal adversaries. Newly qualified lawyers at firms such as Freshfields or Hogan Lovells receive a base annual salary of £100,000, about £20,000 more than the prospective starting salary recently advertised for the role of chief investigator at the SFO.

Header image: Pedestrians walk past the sign outside the headquarters of the Serious Fraud Office in London. Credit: Russell Hart/Alamy Stock Photo

Our Enablers project is funded by Open Society Foundations and out of Bureau core funds. None of our funders have any influence over the Bureau’s editorial decisions or output

Ed is a reporter on the Enablers team, investigating how UK businesses facilitate oligarchs, dictators and organised criminals.

Simon is a reporter for the Bureau’s Enablers team. Before joining, he covered the biggest commercial law firms for Legal Week 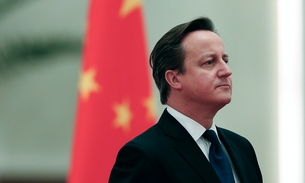