Bureau Local, the innovative and collaborative reporting project established by the Bureau of Investigative Journalism in the UK, is to be replicated in Germany by the non-profit CORRECTIV.

CORRECTIV is announcing the launch of CORRECTIV.Lokal - a new unit directly inspired by the Bureau Local - at the German Campfire Festival on Saturday September 1.

David Schraven, publisher of CORRECTIV said: “We are inspired by the success of the Bureau Local. It is a brilliant idea to combine local reporting on a multi-town basis with great data journalism at a national level. We hope our adoption of this model in Germany will be as successful as it has been in Britain.”

In just 18 months, the Bureau Local has established a journalistic infrastructure enabling over 750 journalists, technologists, community-minded citizens and specialist contributors to work together to tell important local and national stories.

The Bureau Local collaborative network has published over 185 exclusive local stories and revealed the power new voters had in flipping seats ahead of the 2017 snap election, the cuts to domestic violence refuges across England, the councils heading toward financial crisis and through the building of its own database, the number of homeless deaths across the UK.

"It is important to keep strong relationships between journalistic organisations in Europe."

By making the investigative process open and accessible to the public and supporting the sharing of local knowledge and reporting across a collaborative community, the Bureau Local has held power to account across the UK.

It has been called “one of the most positive and effective interventions in local journalism in the UK for some time” by Charlie Beckett, the head of the LSE Truth, Trust and Technology Commission and has won multiple awards, including the Innovation prize at both the British Journalism Awards and the European Press Prize.

This project has inspired CORRECTIV to set up the model in Germany and with support from Rudolf Augstein Foundation, the Bureau Local will be working with CORRECTIV in an advisory capacity. It will also produce a public blueprint for others to benefit from.

“We hope our cooperation with the Bureau of Investigative Journalism will grow,” said Schraven. “It is important to keep strong relationships between journalistic organisations in Europe. We need to understand what the real problems in Europe are and where the solutions could be. We need partnership.”

The Bureau Local was launched in March 2017 by the Bureau of Investigative Journalism through funding from Google’s Digital News Initiative and Open Society Foundations. 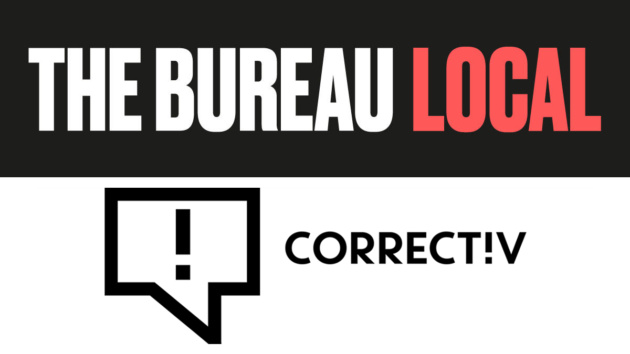 Megan launched and continues to head up the Bureau Local. Previously, she was the Data Editor at The Times and Sunday Times.