Education Minister Michael Gove has received more donations into his private office since the election than any other cabinet minister including the Prime Minister and the Chancellor.

The Education Secretary’s considerable fund raising efforts have raised £35,500 for his private office and £61,279 at constituency level.

It means that his private office has received 67.3% of all the donations given to cabinet ministers since the 2010 election, while his constituency office attracted almost five times the average constituency donations. 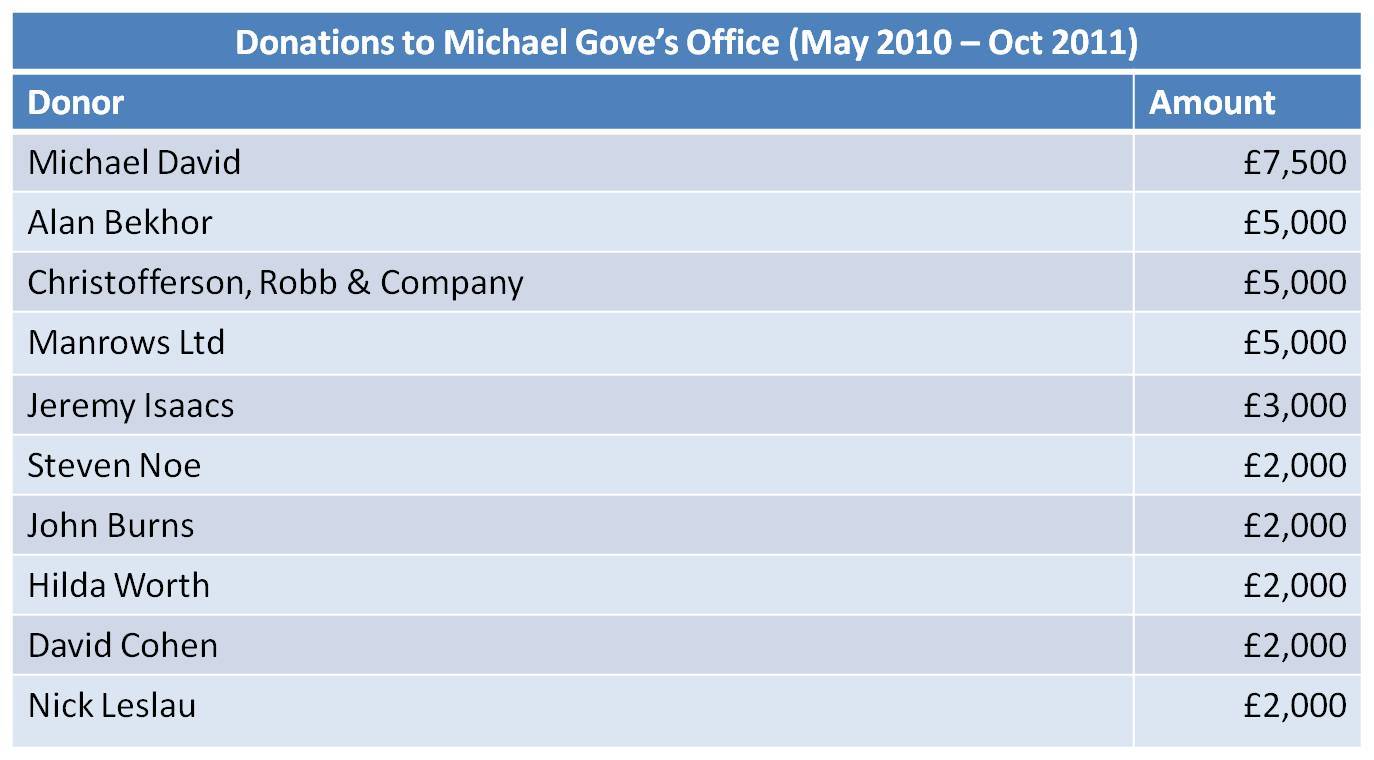 Only three other cabinet ministers have received private donations since the election including George Osborne, William Hague and former-Defence Secretary Liam Fox. But these ministers together received less than half of that given to Gove’s private office.

The donations have been given in the last three months by nine donors, all but one of which has never shown support for the Education Minister before. One of the donors, Mick Davis also gave money to Fox’s unofficial adviser Adam Werritty.

Private office donors
Donations to private offices are usually used to cover the services of a research assistant or  subsidised accommodation used by the minister. While most senior politicians have at some point received donations into their private offices Communities Secretary Eric Pickles and Treasury Secretary Danny Alexander have never registered any donations.

On August 18 Gove’s office registered four separate donations totaling £13,500. Two months later, on October 8, another £17,000 came in, this time from five different donors. All but one of these donors were funding Gove for the first time.

The donors include Thorpe Park owner Nick Leslau who gave £2,000 to the Education Minister’s office. Leslau had previously given to William Hague’s private office in 2009. Metal trader Alan Bekhor donated £5,000. 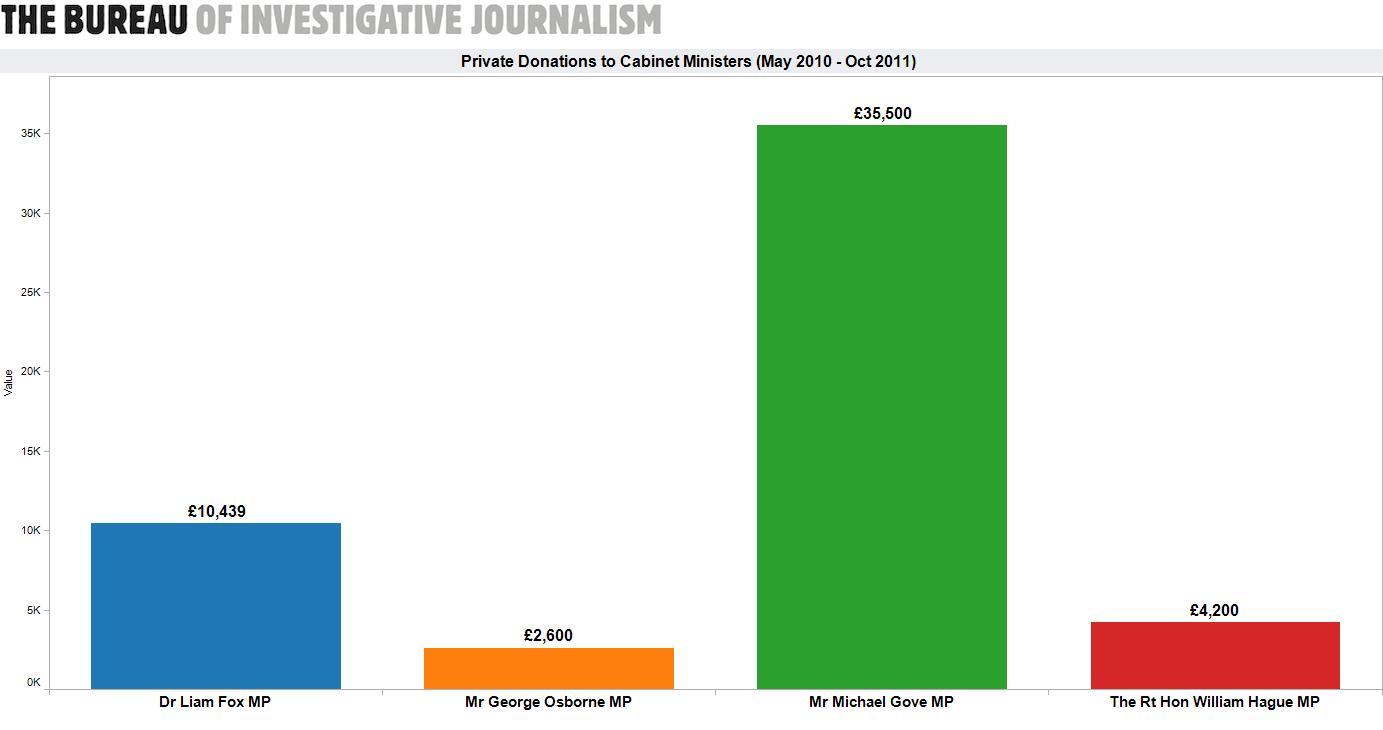 Former Lehman Brother’s banker Jeremy Isaacs also donated, contributing £3,000 to Gove’s office. Isaacs has given £100,000 to the Central Party fund in the past but this was the first time he is registered as funding an MP’s private office.

Related article: Who is funding members of the cabinet?

None of the individuals giving to Gove have any business interests relating to education and it is unclear whether they have been given any access to the Education Secretary.

Mr Gove’s office did not respond to the Bureau’s attempts to contact the Education Secretary.

Until the recent Shadow Cabinet reshuffle Gove’s Labour counterpart was Andy Burnham. He received £48,400 in donations to his private office, and £1,000 to his constituency office. All of the private office donations were labelled as ‘Leadership Candidate’.

Current Shadow Secretary of State for Education Stephen Twigg MP has received £3,798 to his private office.

Ed Miliband received £1,000 to Doncaster North his constituency office and received only one registered donation to his private office in the past year – a £34,712 donation from Lord Alan Sugar of Clapton in June 2011.