Dominic Cummings was issued with a parliamentary pass by the education secretary Michael Gove seven months before he became Gove’s special adviser and while he was working for the charity New Schools Network.

The revelation by the Bureau will raise further questions about the close links between Gove, his now special adviser and New Schools Network, a charity providing advice and guidance to set up the schools. The creation of independent state-funded schools is a key policy of the education secretary.

Earlier this year the links between the charity and the education secretary came under scrutiny after emails from Cummings, a close confident of Gove, to the department of education were leaked to the The Guardian.

The emails revealed that Cummings, a big supporter of free schools, had urged the department to find a way to fast track money to NSN.

Cummings later went on to work for NSN, first as a volunteer in June last year and then as a paid freelancer from July to December 2010. He received one of the four parliamentary passes that Gove, as a minister, is allowed to issue, from August 2010. The passes provide unrestricted access to parliament and holders are also allowed to escort up to six guests into the houses of parliament.

Labour MP for Wigan and member of the education select committee Lisa Nandy, who has raised concerns about taxpayers money given to NSN said, ‘Cummings’ simultaneous involvement in the NSN and the DfE raises serious concerns about a potential conflict of interests…’

The Bureau has also found that Cummings breached parliamentary rules by failing to register his employment at NSN while holding a parliamentary pass.

From August to December 2010 Dominic Cummings appears on the Register of Interests of Members’ Secretaries and Research Assistants, sponsored by education secretary Michael Gove. His place on the register means Cummings held a parliamentary pass.

The parliamentary register, which was updated in August, October, November and December 2010, requires that all holders of photo-identity passes register ‘any occupation or employment for which they receive over £329 from the same source in the course of a calendar year, if that occupation or employment is in any way advantaged by the privileged access to Parliament afforded by their pass.’

At no point did Cummings register his paid work at NSN.

Ms Nandy added: ‘The fact that he has failed to register this income is deeply suspicious. It simply cannot be right that Cummings was putting pressure on civil servants to award money to a charity from which he was receiving undeclared income.  Ministers and the Head of the Civil Service must treat this with the seriousness it deserves and investigate the opaque process through which the NSN was awarded its funding and state what action will be taken given that the House of Commons rules have been broken.’

Despite numerous efforts made to contact him, Mr Cummings was unavailable for comment. The Department for Education said it could not comment as Cummings was not employed by the department at the time. 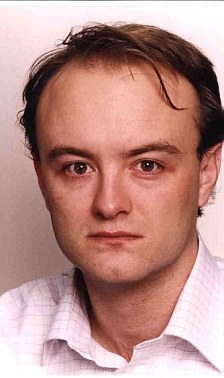 Privileged access?
NSN director Rachel Wolf confirmed that Cummings freelanced at the charity from July to December 2010. She has previously told the Guardian that Cummings ‘averaged about 10 days a month’. This means Cummings worked around 60 days in 2010 and, assuming the freelancer was working for more than the minimum wage, means he was paid in excess of the register’s stipulated declaration limit of £329.

In relation to his access to parliament Ms Wolf said: ‘Dominic [Cummings] was a freelance, not an employee. This issue has nothing to do with the NSN.’

In November 2010, while Cummings was freelancing at NSN and enjoying DfE access through his parliamentary pass, the Department finalised a grant to the NSN. The grant, for £500,000, was awarded to the organisation in June without being advertised and without inviting any other organisations to tender.

Former shadow secretary of state for education Andy Burnham was so concerned with the links between Dominic Cummings, the DfE and NSN that he wrote to cabinet secretary Gus O’Donnell in August 2011. In his letter Mr Burnham, who did not know that Cummings had a parliamentary pass before his appointment as special adviser to the education secretary, wrote, ‘Departmental freedom of information releases indicate that Dominic Cummings held regular meetings with official and ministers prior to his appointment in February 2011. Can you provide reassurance that his role at this time did not contravene the letter or spirit of any Government guidance, for example, can you confirm that he was not instructing civil servants?’

O’Donnell replied saying, ‘Turning to your questions regarding the various Civil Service, Special Adviser and Ministerial Codes, I am satisfied that these were not contravened during the process of awarding a grant to the NSN.’

NSN and the Conservative Party

While registered as an ‘independent charity’, the New Schools Network team has several links to the Conservative Party and to Education Secretary Michael Gove.

Diana Berry, Director of Development at the charity worked as Head of Fundraising for Conservative Campaign Head Quarters.

Trustee Theodore Agnew has long been a donor to the Conservative Party and has donated £144,000 to the Tories since 2007.

Trustee Amanda Spielman was a member of the Sykes review group commissioned by Michael Gove to review the school assessment system.