High on the hills overlooking the Black Sea stands a palace fit for a tsar.

Ornate grounds surround the regal building, which nestles on a quiet, tucked-away stretch of coast. The hideaway’s calm is only occasionally punctuated by the hum of helicopter blades, when a rather famous guest arrives. Vladimir Putin, the newly elected Russian president, has been seen at the palace several times, causing much speculation that the luxury getaway actually belongs to him, a claim he strongly denies.

Ownership of the property is contested. Indeed, Putin could hardly afford such grandeur on his declared annual salary of $140,000 (£88,000).

There is little dispute over Putin’s use of the palace. ‘Of course I saw him, why not? What’s wrong with that? He had a walk in the town, went to the seaside. He’s just a man like anyone else. I don’t know how often he comes. But he does come from time to time,’ said Igor, a local, speaking just two months ago.

The palace was officially sold to Russian businessman Alexander Ponomarenko in March 2011. He claims the property is a holiday home, but when Bureau reporters, working with Al Jazeera’s People & Power, travelled to the palace they found the security was unusually high, barbed wire and guard dogs keep nosy neighbours out.

When environmental activists broke into the compound in 2011 protesting the building’s construction on protected land, they were met by Federal Protection Service guards.

While few have made it into the palace grounds, some of its secrets have seeped out. Photographs illustrating the decadence of the palace were taken secretly by a construction worker and published on the Russian WikiLeaks website.

And the story of the palace’s construction reveals more potential links to Putin.

Sergei Kolesnikov is a Russian businessman and former associate of Putin. In December 2010, Kolesnikov wrote an open letter to then-president Dmitry Medvedev laying bare his involvement in its construction. 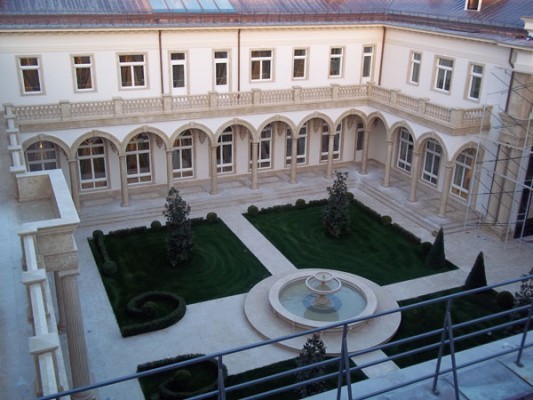 He claims the palace was built for Putin through a web of transactions.

Kolesnikov alleges the original source of the money came via a charitable donation. Apparently $200m was donated for medical equipment, but some of that money was diverted to other projects.

Some money went to buying shares in energy companies while the rest went into Lirus Holding. Kolesnikov claims the majority of shares in Lirus Holding were given to Putin by wealthy businessman Nikolai Shamalov.

‘Ninety four percent of the shares were taken by Shamalov with the intention of giving them to Putin, and, as he told me, he gave them to him,’ Kolesnikov told Bureau reporters.

‘Every year, two or three times a year, I compiled reports detailing investments made in Russia’s economy as well as future projects. I submitted these reports to Shamalov (who was) meeting Putin and getting instructions from him. I have no reason not to believe (him). (He) briefed Putin on all these reports and the instructions from him were in turn passed back to me,’ said Kolesnikov.

Having fallen out of favour with Putin, Kolesnikov now lives in exile. Shamalov has not replied to Bureau’s requests for comment. 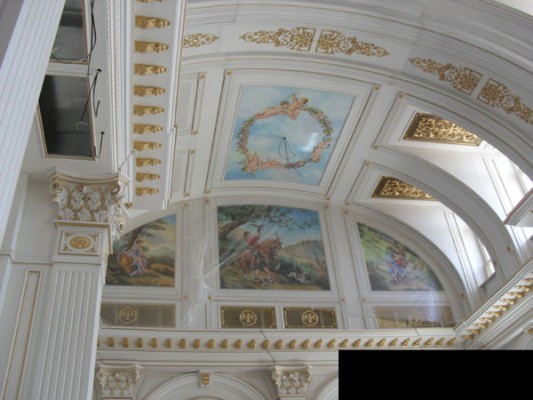 The Bureau has also obtained building contract documents for work on the palace. The documents bear the signature of Vladimir Kozhin, the head of the Presidential Administration Property Development, adding further suspicion that the palace was owned by Putin.

Putin’s office has denied there is any connection between the president or his administration and the palace.

In 2011 the palace was sold to Ponomarenko for a reported $350m. Ponomarenko announced the property was bought from Nikolai Shamalov and two of his partners.

The Presidential Office has insisted that, currently, it has no connection to the palace.

However, with eyewitness testimony and a complicated paper trail, questions remain as to whether Putin continues to enjoy access to the property.