Justin Welby, the Archbishop of Canterbury, spoke out about payday loans in the House of Lords. (Image Lambeth Palace)

The Archbishop of Canterbury has called for the Government to ban ‘legal usury on our high streets’ in a strongly worded attack on the payday loan industry.

Speaking in a parliamentary debate on the high-cost loan companies, some charging customers more than 4,000%, the Archbishop said the Government should introduce a cap on the rates the firms can charge.

He also dismissed Government claims that a cap would restrict competition and force people to turn to loan sharks.

‘The payday lending industry has grown at a vast speed’ he said, and was now ‘a situation too big to ignore’.

The debate follows a Bureau investigation that revealed the huge growth in the industry. The research showed that the 12 biggest high-cost lending companies made almost £1bn in revenues in the last year, with some tripling their turnover.

The Archbishop told the House of Lords payday lenders assured people with ‘impressively slick marketing campaigns and targeted advertisements that the process of taking out a loan is quick, simple and safe.

‘But once you have taken out the loan it is difficult to get out of the cycle, with the rates offered, simply paying off the interest becomes a struggle.’

‘Caps are needed at a sensible level that does not choke off supply and send people into the hands of loans sharks. But on the other hand caps are there to prevent usurious lending.’

Legal usury
Responding to arguments that caps should not be brought in ‘at any price’, he added: ‘The trouble is they are at any price, typically over 2,500% on an annual basis. We do need to look at reasonable limits that cut out legal usury from our high streets.’

And he pointed to the increasing ownership of payday firms by US businesses despite restrictions of high cost loans in the US and of the involvement of Conservative donor Henry Angest with high cost lender Everyday Loans.

Citing the Bureau’s report he pointed to high increases in turnover and profits experienced by some high-cost lenders.

Related story: Get the data – The high cost lending companies

He added: ‘Harsh economic circumstances may be the driver of demand, but the secret of the high profit is the mix of simple and instant loan availability, lax regulation, the absence of competition and, of course, eye watering interest rates.’

He added: ‘The lenders business model is to recruit borrowers and then to increase the number of loans, thereby maximising the yield per customer, and so begins the awful debt cycle which traps the many payday borrowers.

‘For the lenders the high debt experience, estimated at more than 25%, is more than compensated for by the stratospheric interest rates.’

A U-turn
Shadow Business Minister Lord Mitchell accused the Government of a U-turn on earlier plans to clamp down on payday lenders and cap the interest rates they are allowed to charge.

He said the ‘government’s heart had gone out of the matter and they were retracting their position.

‘The government no longer seems to care,’ he added.

He demanded that the Government ‘state unequivocally that usury rates are morally wrong and should be made illegal.’

But Business Minister Viscount Younger, responding for the Government, ruled out any immediate cap on the interest rates of payday lenders.

He said consumers had to take personal responsibility for their own finances. ‘Payday loans are a new phenomena, they should only be used for a short-term fix and never for long-term debt problems. A way for managing a short-term cash flow problem,’ he said.

He added: ‘Spiralling cost of credit is not the main crux of the problem. Problems arise when people take out this kind of short-term, high-cost loan when it is not suitable for them. When they cannot afford to repay.’

He said that lenders did not always carry out adequate assessments of potential borrowers ability to afford the loan.

And that, in this respect, ‘the payday market is not functioning in the interests of consumers.’

He added: ‘The government is therefore deeply concerned about the scale of consumer detriment identified, the speed and ease at which loans can be accessed, the frequency with which loans are rolled over and the grave financial and social problems arising from defaults and the calling-in of such repayments.’

He said the Government and regulators were taking tough enforcement action against unscrupulous lenders. And that the new regulator, the Financial Conduct Authority, which begins work in April next year, would have tough new powers ‘including imposing unlimited fines on firms and… a more stringent bar for market entry’. 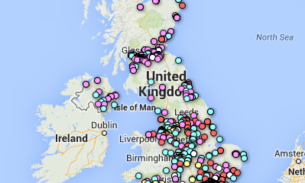 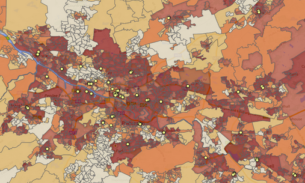 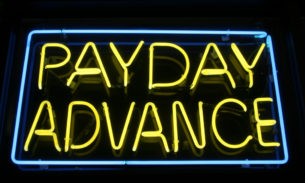