There are fresh questions over a businessman who raised hundreds of millions of pounds from local authorities after a high court judge raised doubts over his integrity and ruled that a prospectus issued to raise some of that money contained “clear untruths.”

Mr Justice Henshaw said Liam Kavanagh was “very likely” the source of misleading information which led Thurrock council to pay £5m of taxpayers’ money as commission to one of his businesses during a deal relating to 19 solar parks.

There was no mention of the payment in a prospectus detailing the terms of the investment which, in the judge’s words, “cast serious doubt” as to whether it was a genuine fee for arranging the deal or a “covert extraction of funds by Mr Kavanagh for his own benefit.”

The judge concluded that the document, required by law to be clear and fair, was “materially false". The Bureau of Investigative Journalism has previously revealed how companies owned by businessman Liam Kavanagh raised hundreds of millions of pounds of public money from local authorities through a complex and potentially risky network of investment bonds and vehicles relating to investments in solar farms.

Thurrock council handed over £420m to Kavanagh’s companies to invest in solar and the Bureau has been fighting for over a year to access details of all the council’s borrowings and investments. Despite an information tribunal ruling that these should be handed over because it was in the public interest, Thurrock is still trying to challenge that ruling.

This week, a high court ruled on a dispute around a solar farm investment deal between Toucan Energy Holdings, owned by Kavanagh, and Wirsol, an energy business, which involved public funds that Thurrock had borrowed from other councils.

The high court was told that Kavanagh’s company had received £145m from Thurrock, yet in his written judgment on the case Mr Justice Henshaw said the document sent to the council detailing the investment had contained “clear untruths” about how much money his company needed and how the funds would be used. 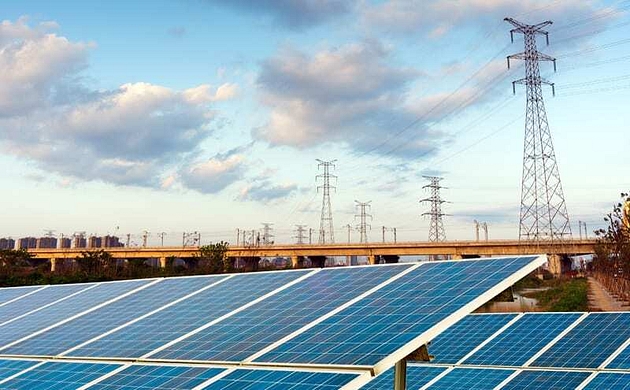 Mr Justice Henshaw said the prospectus – the document detailing the investment – had “directly misstated” the amount of money needed to repay the loan because there was an additional £5m that was added to the outstanding balance of the bank debt. That £5m was paid to Rockfire Capital, another company owned by Kavanagh, as a commission for arranging the deal.

Failure to disclose the sum in the prospectus meant the document was “materially false in a significant respect”, said the judge, and “cast serious doubt as to whether it was a bona fide arrangement fee as claimed, or simply a covert extraction of funds by Kavanagh for his own benefit.” It can be unlawful to produce misleading documents relating to marketing or advertising investment opportunities.

Mr Justice Henshaw made a series of damning observations about Kavanagh and his conduct in a written judgment handed down on 14 April.

Toucan, the claimant in the case, alleged 15 of the sites – bought in 2017 using funds provided by Thurrock and Warrington councils – were blighted by defects and sought damages for the subsequent loss of income. The company also claimed the defects had left it with no choice but to refinance a bank loan connected to the purchase of the farms, and claimed compensation to cover the cost of doing so. The intention to refinance the bank debt was outlined within the prospectus sent to Thurrock as part of the council’s proposed £145m investment in the 19 sites.

During a trial at the high court last October, barrister Craig Morrison, representing Wirsol, described the prospectus as “plainly misleading” as it failed to mention the alleged defects or the £5m commission to Rockfire Capital. During a tense exchange with Kavanagh he accused the businessman of fraud.

Kavanagh denied any wrongdoing. He said that, while his signature was on the prospectus, he had not been involved in drawing it up. He said Thurrock had already paid the £145m before the prospectus was issued, that the council was aware of the defects at the sites at the time and that there had been no reason to include the arrangement fee in the prospectus because the company’s business partners knew “Rockfire always charges a commission”. The company was liquidated shortly before the trial last October.

In his judgment, Mr Justice Henshaw described Kavanagh as an “unsatisfactory” witness who had made “demonstrably wrong” assertions while giving evidence. Kavanagh’s evidence relating to the refinancing of the solar farm portfolio in particular had “strained credulity”, with the judge concluding that “the bond prospectus which bore his name was materially false in a significant respect.”

Toucan’s claim that the alleged defects in the site had forced the company to turn to Thurrock for emergency funding or face defaulting on the bank loan was dismissed as “absurd”, with the judge pointing to numerous documents which indicated the company had been planning for months to refinance the debt. He noted that the businessman had failed to mention in his witness statement that the refinancing had in fact led to a “substantial fee which accrued to Mr Kavanagh’s own benefit.”

Mr Justice Henshaw said he believed that the inclusion of a £5m fee to Rockfire Capital may have provided an “additional motivation for the refinancing to have occurred”. While Kavanagh maintained during cross-examination that the fee did not have to be disclosed to Thurrock as the investor, the judge said the “fact remains that the statements about current and proposed funding in the prospectus were flatly untrue”.

The judge said: “Mr Kavanagh sought to avoid responsibility for the prospectus, saying in cross-examination that it would have been signed off by his group’s compliance team, that he didn’t have anything to do with the production of the document ‘in that level of detail’ and, ultimately, that he did not read the document at all – despite the inclusion in the introduction of a letter purporting to be from Mr Kavanagh and to reproduce his signature.”

He added: “It seems unlikely that Mr Kavanagh did not know even the headline contents of the prospectus, set out on the page which also includes his letter, including the false statements about current and proposed funding.

“It is hard to see how or why those responsible for drafting the prospectus could have misrepresented the size of existing debt, unless Mr Kavanagh told them to do so in order to seek to conceal the existence or size of the arrangement fee … but even if he did not, the false information about the [bank] debt seems very likely to have originated with him.

“Even if one is to accept Mr Kavanagh’s evidence that the prospectus was not in fact used to raise funds, but only to ‘paper up’ a transaction, the fact remains that a regulatory document bearing his name contained clear untruths on an important matter.

“Whether or not the document was relied on by the investor, such an approach suggests a lack of integrity.”

During the trial the court was shown a WhatsApp message sent by Dan Kirk, manager of Toucan Energy, to Mark Hogan, the managing director of Wirsol, in which Kirk claimed Kavanagh was treating his publicly funded businesses as his own personal “cashpoint”. In cross-examination Kirk’s evidence was that Kavanagh had not told him about the £5m fee paid to Rockfire. Mr Justice Henshaw concluded: “The fact the fee was concealed from both Mr Kirk and the prospectus would in any event cast serious doubt as to whether it was a bona fide arrangement fee as claimed or, simply, a covert extraction of funds by Mr Kavanagh for his own benefit.”

The judge upheld some of Toucan’s claims for damages relating to certain defects with the solar farms, but dismissed other damages claims including those relating to the cost of the refinancing. Wirsol’s counterclaim that it was owed £6.4m from the deal, which Toucan disputed and refused to pay, succeeded apart from in connection to one of the farms. The Bureau understands that a hearing will be held next month to determine the exact levels of compensation relating to the dispute and make relevant cost orders.

Thurrock’s £145m outlay on the 19 sites is part of total investment by the council of at least £420m in solar farms owned by Liam Kavanagh, uncovered by a Bureau investigation. The council’s entire renewable energy investment portfolio totals at least £815m, all of which was funded by short-term loans from other local authorities. When some key lenders started to pull out of these arrangements late last year the council began to refinance its debt by borrowing from the Public Works Loan Board, a taxpayer funded lending body overseen by the Treasury. The Ministry of Housing, Communities and Local Government told the Bureau “We are monitoring the situation in Thurrock very closely … Councils have a duty to manage taxpayers’ money responsibly and should be held to account where they are found to have failed to do so …We will not hesitate to intervene if necessary."

The investments were overseen by finance director Sean Clark almost entirely outside public and democratic scrutiny using powers delegated by the council. It has repeatedly refused to reveal which local authorities it borrowed from or what exactly it invested in, including in response to Freedom of Information requests from the Bureau. But last month a judge-led tribunal ruled that the information should be disclosed in the public interest. The council was originally given until 12 April to comply but is seeking to challenge the ruling on the grounds that the information would be damaging if made public.

Today Thurrock told the Bureau "it is carefully considering the Judge’s comments with its advisers" but is still receiving the expected returns on its investments, which have raised £70m for council services and shown a commitment to green energy. 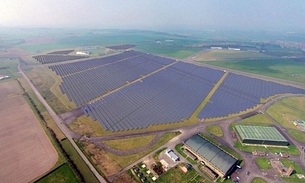