A super-complaint is a new legal device brought in last year that allows designated organisations to challenge endemic issues in policing. The complaint has to be officially investigated and can lead to enforced changes at forces.

It’s really exciting that the wheel seems to finally be turning on this issue. This super-complaint is a great example of how journalism and other parts of civil society can come together to help drive change. Lawyers at the Centre for Women’s Justice (CWJ) started work on it after seeing our investigation, which revealed that nearly 700 police officers and staff had been reported for domestic abuse in the three years to April 2018, and less than a quarter of those reports had ended in any sort of disciplinary action.

And the legal action is just one piece of the impact this investigation has had.

To go back to the story for a moment, I spoke to women across the country who told me horrifying stories of their allegedly abusive partners misusing their policing roles to further intimidate or harass them.

These tales included threats police colleagues would always take their side against the victim, or that the abuser would use his position to get his victim thrown in prison, or would call on criminals met through the job to have her “done away with”. We heard of a woman being stalked in a marked police car by her ex-partner and another being repeatedly arrested. The Bureau's original investigation was published in May 2019

It was no surprise, then, that some of the women felt too afraid to ever report their abuse to the police. For those that did, the problems didn’t end there. We gathered evidence from three different forces of cases where women had taken the step of reporting but felt their reports were not taken seriously; in each case the accused officer faced no disciplinary action.

As is the case with all the Bureau’s work, we wanted to do much more than just report the story. We want to make sure our findings are seen and engaged with by people who have the power to make a difference; that they can be used by organisations or individuals working on the issue at hand; and that when our stories involve people with real life experience we give them a proper platform and that they get something out of it as well as us.

In this case, the women wanted so badly to have their stories heard. Some of them appeared on the BBC, who we partnered with to broadcast the investigation; most have been keen for me to put them in touch with people campaigning on the issue; and we have worked with the CWJ to help them with their super-complaint.

Read more about how journalism can drive change

Building impact: The power of stories Introducing the impact editor: A new role critical for the journalism industry How to build impact: a case study

We also sent the findings to MPs we thought might be interested in the issue, and I followed up directly with a number of them. This led to me being invited to present my findings at the all-party parliamentary group on domestic abuse perpetrators in July.

It was very important to us to also engage with the police themselves, and some months after the story came out I was able to meet with a senior policing figure to present the findings in person. Our communication on the issue is ongoing.

Since the investigation was published, another eight women in the UK have contacted me to share similar experiences. Interestingly, some of them were themselves employed by the police alongside their alleged abusers — a situation that can bring a whole new set of problems, not least the ending or hampering of the victim’s career with the police.

All the women said they had decided to talk to me because they didn’t want one more person to go through what they had gone through. They are the most important people here — the apparently systemic nature of this issue and the super-complaint would never have come about without them sharing their experiences, which meant reliving traumatic experiences at the same time as they are trying to move on with their lives.

The story of the investigation and the impact so far is a great example of different people and parts coming together to spur change — the women taking the decision to speak out; the journalism giving those stories a platform as well as digging into the data that gave the bigger picture; the lawyers using that data and women’s accounts of their experiences to take action; and MPs and police figures becoming more aware and hopefully using the power they have to make a difference.

We look forward to seeing the progress of the super-complaint. If you have an experience or any information you wish to share, please email me at [email protected] 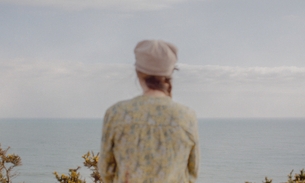 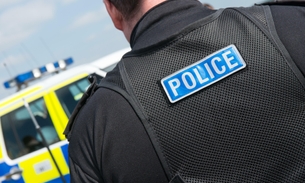